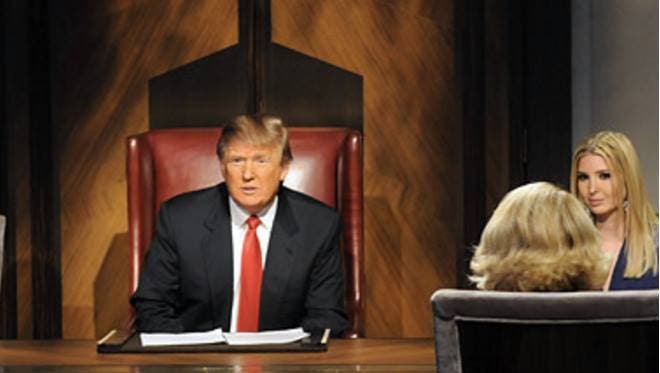 Watch Sean Hannity Give The Most Absurd Defense Of Trump Yet

A former producer from Donald Trump’s reality TV show “The Apprentice” tweeted Saturday night that the recently leaked audio recording of Trump bragging about committing sexual assault and trying to have sex with a married woman is “only the beginning.”

As a producer on seasons 1 & 2 of #theapprentice I assure you: when it comes to the #trumptapes there are far worse. #justthebegininng

“As a producer on season 1&2 of the apprentice,” Bill Pruitt tweeted, “I assure you: when it comes to Trump tapes there are far worse.” Even high-ranking campaign officials have apparently been talking with Trump about the possibility of more tapes leaking. According to Fox News’ Ed Henry, top Trump advisor Ben Carson, who unlike many prominent Republicans has refused to renounce the candidate, talked with Mr. Trump about “more revelations” and “bombshells coming.”

.@RealBenCarson told me he & @realDonaldTrump talked about more revelations coming: "They have have more things & they will drip them out"

Given what we know about Trump’s temperament and his attitude towards women, it would be surprising if there weren’t tapes of Trump saying worse things about women. That suggestion seemed to be confirmed just this afternoon when a new recording surfaced of Mr. Trump chatting with Howard Stern about what a “piece of ass” his daughter Ivanka is.

Indeed throughout his career and his campaign Trump has consistently insulted women in the most degrading ways, and numerous women have accused him of sexual assault and child rape. So all of the talk from top Republicans about how “shocking” the tape released yesterday by the Washington post is seems more than a little disingenuous.

Trump’s disgusting attitude towards women has long been abundantly clear and the GOP’s vaunted “values” have been notably absent on the issue all year. The particular vulgarity of the recent leak, however, has struck such an opportunistically-tinged nerve in the GOP that many in the party are calling for Mr. Trump to drop out. If Ben Carson and Mr. Pruitt are right and there’s worse to come, we can officially start composing the requiem for Trump’s campaign.