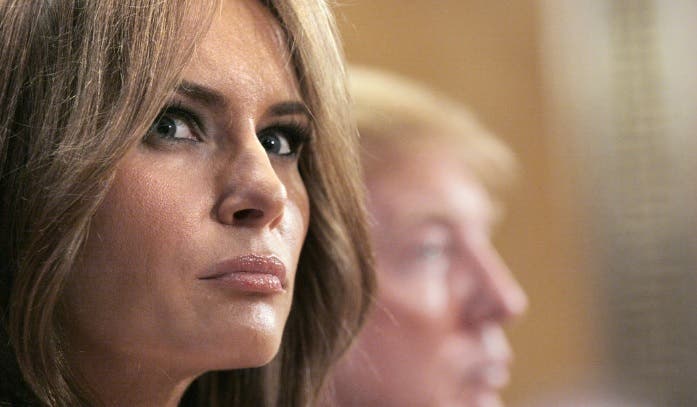 Republican nominee Donald Trump’s wife, Melania Trump, has apparently refused to do a joint television appearance with her husband after audio recordings of him lusting after a woman just months after their marriage and admitting to sexual assault triggered a media firestorm. The New York Times reported that a joint press conference was considered but plans never went through due to “Ms. Trump’s lack of interest in appearing on camera.”

Donald Trump has not publicly apologized for the comments to his wife, who has pregnant with their child Barron at the time.

After spotting a woman through the window, Trump says “I’m automatically attracted to beautiful women — I just start kissing them, it’s like a magnet…I don’t even wait. And when you’re a star, they let you do it. You can do anything… Grab ’em by the p–sy.”

He then went on to detail how he attempted to pressure a married woman into having sex with him.

“I moved on her actually, she was down in Palm Beach and I failed. I’ll admit it. I did try to f*ck her, she was married … and I moved on her very heavily. I took her out furniture shopping. She wanted to get some furniture and I told her ‘I’ll show you where you can get some nice furniture. I moved on her like a b*tch, and I could not get there, and she was married. And all the sudden I see her and she’s got the big phony tits, she’s totally changed her look.”