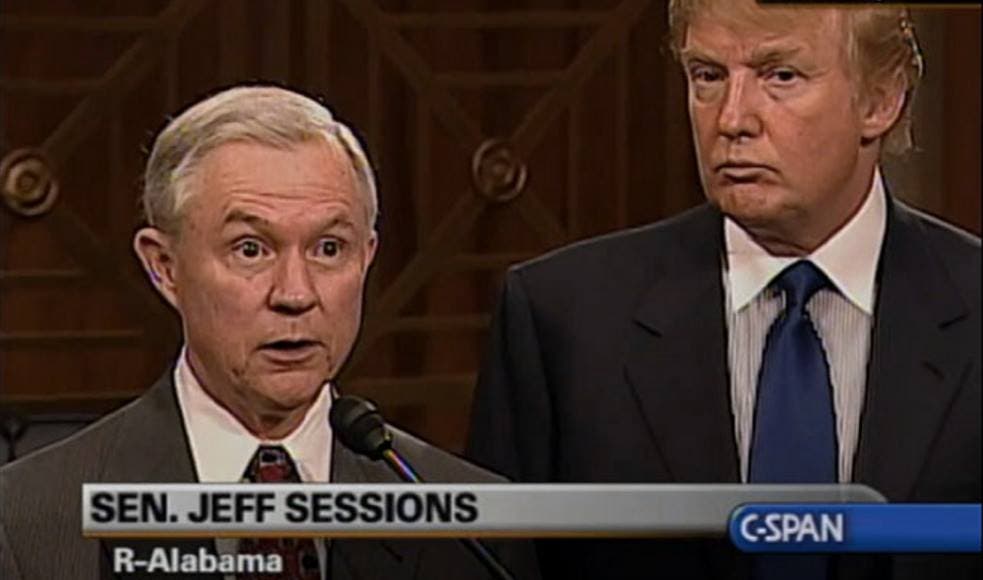 Sen. Jeff Sessions (R-AL) has somehow found it appropriate to defend Republican nominee Donald Trump’s remarks about “grabbing her by the pussy,” telling an interviewer after the debate that he didn’t think that constituted “sexual assault” and that he’d already apologized for “very improper language.”

“I don’t characterize that as sexual assault. I think that’s a stretch. I don’t know what he meant—” replied Sessions.

“So if you grab a woman by the genitals, that’s not sexual assault?”

“I don’t know. It’s not clear that he—how that would occur” finished the man who was once the Attorney General in the state of Alabama and nearly became a federal judge until his appointment was “scuttled by a history of racism.”

After Trump’s remarks became public on Friday afternoon, social media was flooded with stories from thousands upon thousands of women sharing exactly how they had been “grabbed by the pussy” or sexually assaulted in a different manner.

For the record, the Justice Department, defines sexual assault as “any type of sexual contact or behavior that occurs without the explicit consent of the recipient” – which Sessions should be well aware of, considering that he was once an Attorney General.

The attitudes of sexist religious extremists like Jeff Sessions are why rape culture is institutionalized in the United States, why it’s so hard for women to come forward with their stories, and why this kind of behavior from men is excused as “boys being boys” or as “locker room talk” or – in this case, just flat-out denied entirely.

It also shows the lack of moral character of the men who rise to power within the Republican Party. For Jeff Sessions, it is apparently acceptable behavior for a man to grab a woman by her genitals. The Republican Party is the party of patriarchal rape apologists who blame women for their own assaults, and they cannot be trusted to represent the women of America in elected office – nor do they deserve to.