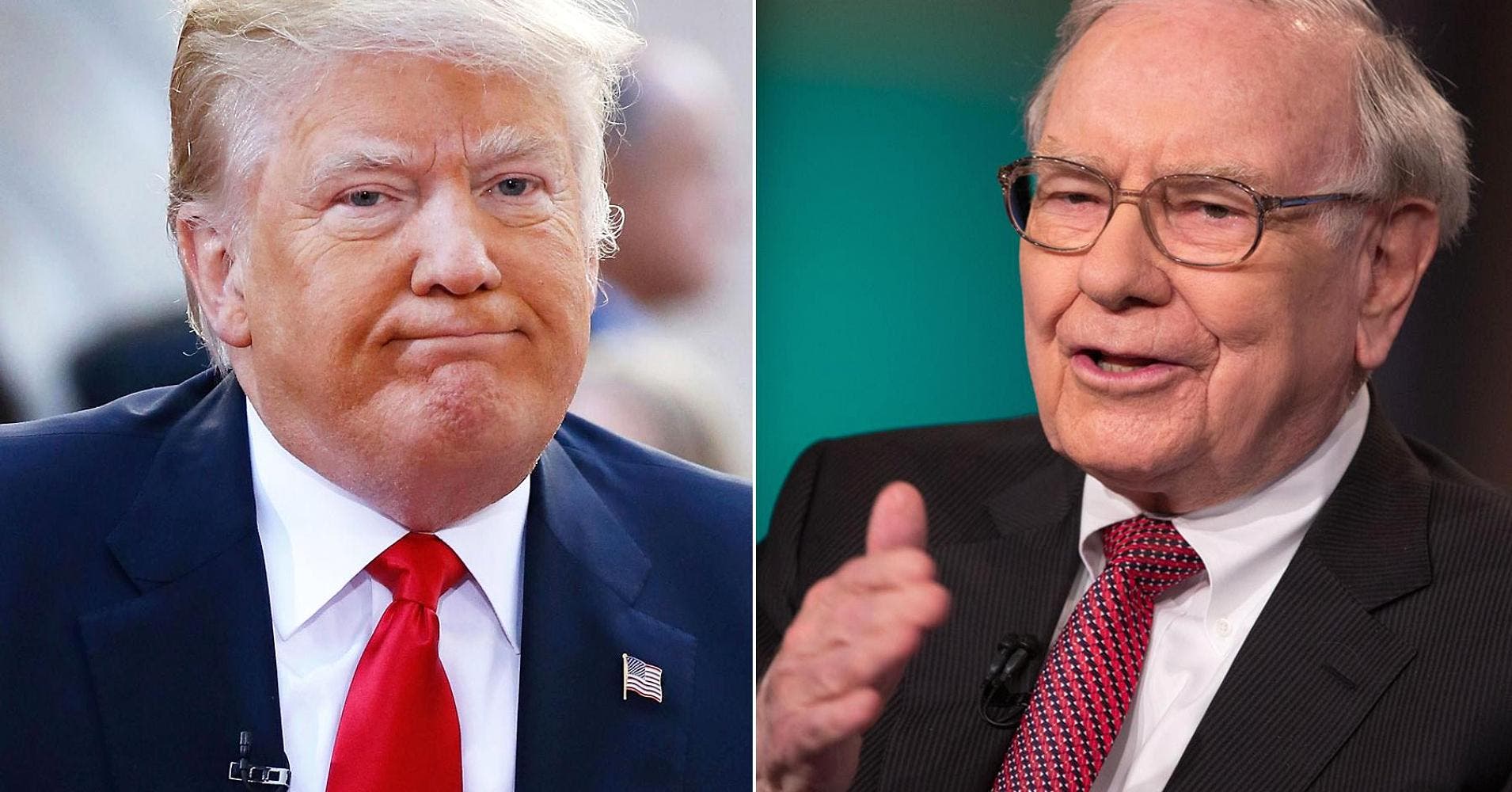 The second presidential debate has been completed and the consensus is Democratic presidential nominee Hillary Clinton once again mopped the floor with the sleazy Republican presidential nominee Donald Trump. A case in point from the evening was Trump’s desperate attempts to deflect attention away from the fact that he hasn’t paid taxes in 20 years due to his manipulation of the tax code after he personally lost a staggering $916 million in 1995, by invoking the name of an actually successful businessman in Warren Buffet. However, Trump bit off more than he could chew and Buffet was more than happy, giddy even, to respond to Trump.

Moderator Anderson Cooper asked Trump, “Did you use that $916 million loss to avoid paying personal federal income taxes for years?” To the surprise of many Trump answered honestly — at least what can be considered honest for him — and admitted he hadn’t paid taxes in years:

I absolutely used it. And so did Warren Buffett and so did George Soros and so did many of the other people that Hillary is getting money from.

Warren Buffet, the CEO of Berkshire Hathaway, is one of the richest men in the world and has been on the campaign trail stumping for Hillary Clinton. Buffet was pleased to have another shot to duel with Trump after the Republican nominee called him out on national television, as the two have traded barbs during the campaign, with Buffet always getting the best of Trump.

Previously Buffet said of Trump, “You know the history of his enterprises where he was borrowing money. Where one time after another where he went into bankruptcy. I’ve really never known another businessman who brags about his bankruptcies.” One might conclude Trump would have learned his lesson by now, but then again Trump is an idiot.

The Oracle of Omaha wasted no time in destroying Trump’s pathetic attempt at attacking his business and tax record. Buffet issued a statement:

Answering a question last night about his $916 million income tax loss carryforward in 1995, Donald Trump stated that “Warren Buffett took a massive deduction.” Mr. Trump says he knows more about taxes than any other human. He has not seen my income tax returns. But I am happy to give him the facts.

The total charitable contributions I made during the year were $2,858,057,970, of which more than $2.85 billion were not taken as deductions and never will be. Tax law properly limits charitable deductions.

My federal income tax for the year was $1,845,557. Returns for previous years are of a similar nature in respect to contributions, deductions and tax rates.

The gall of Trump to bring Buffet’s taxes into the debate shows just how lowly and desperate of a man he is. Trump admitted to not paying taxes for years, while Buffet can prove he has paid taxes for 72 years in a row starting in 1944:

I have paid federal income tax every year since 1944, when I was 13. (Though, being a slow starter, I owed only $7 in tax that year.) I have copies of all 72 of my returns and none uses a carryforward.

For good measure Buffet dismantled Trump’s long-standing argument that he cannot release his taxes because he is under an audit by the IRS, which has been debunked numerous times including by IRS officials:

Finally, I have been audited by the IRS multiple times and am currently being audited. I have no problem in releasing my tax information while under audit. Neither would Mr. Trump – at least he would have no legal problem.

To add insult to injury several months ago, Buffet challenged Trump to meet him on a stage of his choosing, and to bring his tax returns. Buffet promised to do the same in kind, and the two would then open the floor to questions:

Now I’ve got news for him, I’m under audit too! And I would be delighted to meet him anyplace, anytime, between now and election. I’ll bring my tax return, he can bring his tax return, nobody is going to arrest us. There are no rules against showing your tax returns, and we’ll just let people ask us questions about the items that are on there.

The boisterous predictable bully that he is, Trump never did accept Buffet’s invitation, and we all know why. Buffet summed up the reason succinctly, “How many of you would be afraid for your tax returns to be made public? No. You’re only afraid if you got something to be afraid about. He’s not afraid of the IRS. He’s afraid because of you.”