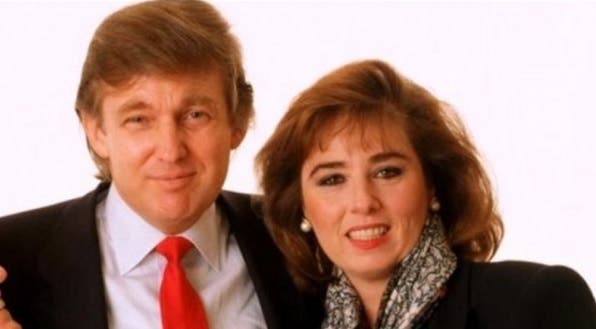 A former senior vice-president of the Trump Organization has come forth to tell her tales of Republican nominee Donald Trump’s rampant sexism. Speaking with Olivia Nuzzi of the Daily Beast, Barbara Res reveals that Donald Trump’s rampant and unapologetic sexism has been a part of his modus operandi for decades, calling him “a supreme sexist” and a “megalomaniac.”

“I had never heard him say ‘pussy’ before. I heard him say ‘fuck’ a million times. The way he said it—I just grab it—I was shocked at that, and then you know, when I took the time to put it into context, I said, yeah, that’s right” begins Barbara Res, who worked for the Trump Organization for eighteen years, supervising major construction projects like the erection and rehabilitation of New York Trump Towers.

“He’s terribly sexist. He’s a womanizer for sure…He hired me for a specific reason: Because I was really good. And he told me, and he believed this, that women had to work harder and be smarter and were willing to work harder than men, and that’s what he wanted, and he had a couple of women working for him… ‘Men are better than women,’ he said, ‘but a good woman is better than 10 men.’ I think he thought I would take it as a compliment, and I think it was intended as a compliment.

He once said that, when his business was failing in the early ’90s, he blamed it on the fact that his executives did a bad job while he was off, in his words, ‘fucking women two and three at a time’—he said that!”

Res then paints a picture of how the fame and the wealth got to Trump, corrupted him and drove him deeper into the depths of toxic narcissism, how he refused to listen to anyone presenting information that didn’t please him or fit in the image he’d constructed for himself in his head.

“I learned very quickly when I went back that you don’t talk back to him anymore,” she said. “If I had to tell him something, an idea of his was stupid or I didn’t want to do it, I would try to figure out a way to make him think that he had changed his mind, or that my idea was his idea, and I used to tell him how great he was and how great Ivana was all the time…He got too famous. He started believing his own shit. He got way too famous and, you know, people were telling him he was great and he was buying that. He started thinking that he walked on water, he really did.”

That much is clear from watching this election campaign. Donald Trump has no respect for anyone or anything, not even the truth. He attempts to create his own reality, like a minor deity, by spinning the truth and fabricating outright lies that he nevertheless has somehow gotten away with repeating enough for a disturbing number of people to take seriously.

Women are sexual objects for him to use and discard, since they all are incapable of resisting his overwhelming masculinity; men are haters and losers who could never match up to the greatness of the Donald – an interesting moniker he himself has coined; the Donald, the one and only Donald, taking forcible possession of his own name and declaring himself the Donald before all other Donalds. Like a spoilt child, he insists on writing his name on the wall in giant letters wherever he does business; workers don’t deserve to be paid for their own work when they should be pleased to have the privilege of working for the Great Trump Empire. This man lives in a delusional world of his own creation, and that would spell disaster for our nation if he ever became president.