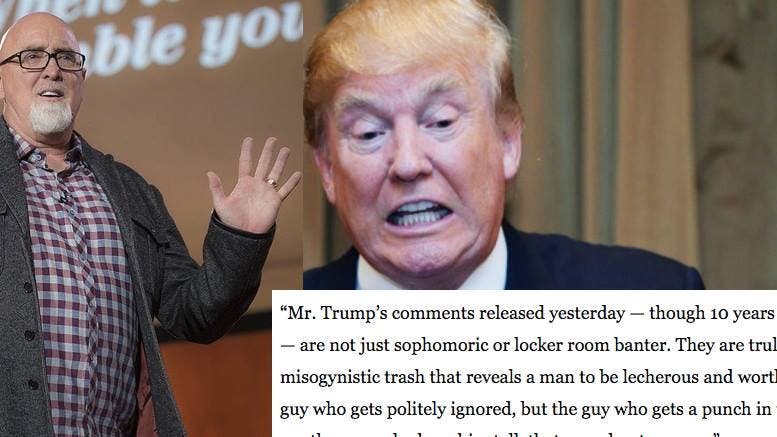 Newsweek Just Proved Trump Lied About Russia At The Debate

A pastor on Trump’s own Evangelical Executive Advisory Council just released a devastating open letter to Christianity Today, slamming the Republican nominee’s unrepentant evil ways. James MacDonald didn’t have to endorse Donald Trump to join what was pitched as an advisory council, but as with so many things Republican, the endeavor rapidly devolved into little more than a vehicle for “influence brokering” according to the Pastor who wrote:

Mr. Trump’s comments released yesterday—though 10 years ago (he was 60)—are not just sophomoric or locker room banter. They are truly the kind of misogynistic trash that reveals a man to be lecherous and worthless—not the guy who gets politely ignored, but the guy who gets a punch in the head from worthy men who hear him talk that way about women.

This is the first major defection to hit Donald Trump’s much hyped ‘Evangelical Executive Advisory Council’ as the Republican’s failed campaign continues to unravel in the wake of his lightning rod remarks. However, James MacDonald didn’t stop at slamming Trump, calling out the Council itself for handing the short-fingered vulgarian a ‘fig leaf’ to cover his lifetime of adulterous, vane ways and imploring other pastors to quit defending the indefensible:

If Mr. Trump isn’t seeking our counsel now— 1) to be repentant 2) on how to portray that repentance, then the idea of a faith council (which has deteriorated into influence brokering anyway) is really kind of a joke right? I have spent my life helping men get free from such disgusting commentary on women—even writing my doctoral dissertation on self-disclosure of sin among men. I cannot and will not offer help to a man who believes this kind of talk a minor error. Please pass this on to whomever you deem best

While a veteran political operator like Ralph Reed who’s no stranger to the wrong side of scandal, might stick around on Trump’s evangelical council, Tony Perkins will never leave Trump’s side, given that he’s the pastor whose legendary anti-gay rants turned wildly ironic earlier this year as he collected the $100,000 in storm relief the Republican nominee supposedly gave to all of Louisiana.

However, real men of faith quickly noted that Trump’s scripted (worst ever) apology included no apparent remorse, repentance, nor reason to support the Republican party or its unqualified nominee for President.