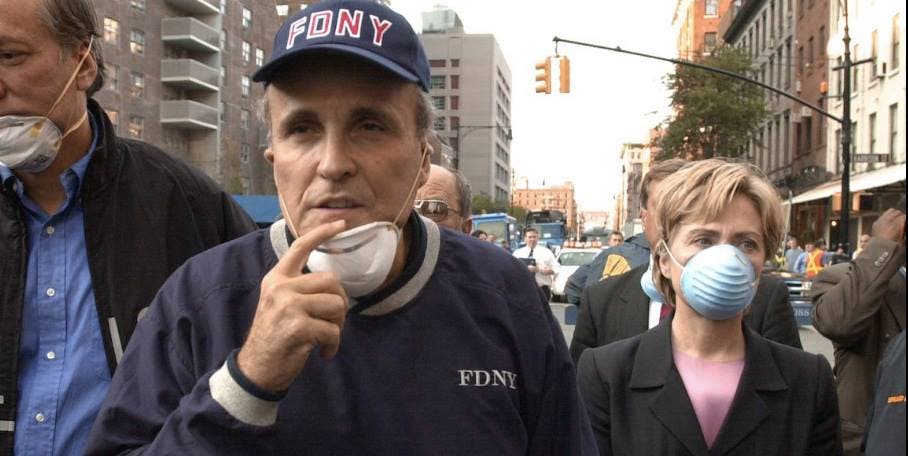 Rudy Giuliani, the former Mayor of New York and the man who made exploiting the tragedy of 9/11 into a political career, is suddenly forgetting the details of 9/11. The devoted Trump surrogate took to the campaign trail today, where he said that “he didn’t see [then New York Senator] Hillary Clinton in New York City” following the September 11th, 2001 hijacking attacks by Saudi Arabian terrorists.

This is extremely confusing, because there’s photographic evidence of them standing right next to each other. On previous occasions, Giuliani has also forgotten that 9/11 happened at all – like when he said there had never been any terrorist attacks in the United States before President Obama was elected. Such a selective memory in such a disrespectful way for such a heinous political candidate is just the lowest of the low – and Giulani should be ashamed of himself for daring to say these things about Senator Clinton.

For him to imply that Senator Clinton didn’t care about the people of New York or the Americans that had just died is enormously cruel and entirely baseless. The right-wing works overtime to present this image of Hillary Clinton as cold, emotionless, uncaring – when in fact she’s devoted her entire career to the service of the American people, and it’s astonishing to see reality flaunted so casually by this senile old man.