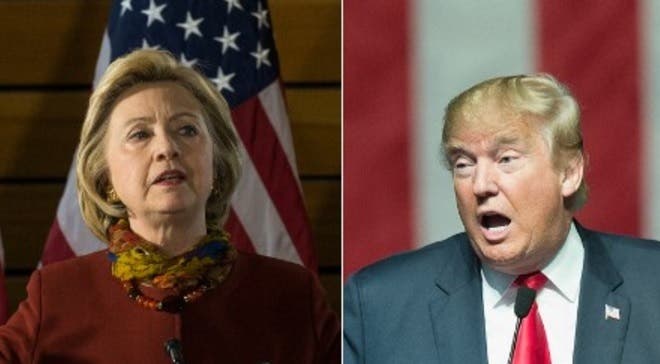 Democratic nominee Hillary Clinton just finished this week in position to record a landslide victory based on state-by-state polling after her Republican opponent’s collapse picked up steam. Even conservative GOP bastions like Texas, Utah and the birthplace of Palinism (Alaska) indicate waning support for Donald Trump’s miserable campaign of lies and bigotry. Solidly red states like Arizona and Georgia, which haven’t voted blue in a generation are considered toss ups right now.

Texas voters are saying they only prefer Trump 46-42, but that’s inside the poll’s 4 point margin for error. The Republican admitted to having “a tremendous problem in Utah,” where polls show a dead heat between Trump and Clinton voters. Even Alaska polling shows the Democratic nominee trailing by only 3 points in a two way race, also inside the margin for error. The Post writes:

The last time a Democrat won Alaska was 1964, when Lyndon Johnson carried it over Barry Goldwater. Texas hasn’t voted for a Democrat for president since Jimmy Carter eked out the state in 1976. In Utah, like Alaska, LBJ is the last Democrat to win.

The possibility now exists for a historic election realignment along the lines of what we saw in 2008 when then-Sen. Barack Obama claimed victories in places like North Carolina, Virginia and Indiana — states where no Democrat since Carter or Johnson had won. Simply put: Trump is not just in danger of losing, he is in danger of causing a fundamental reorganization of the electoral map that could set back Republicans for a number of future elections.

This week, the Trump campaign literally gave up on Virginia entirely after firing their state campaign chair for attending a protest rally at Republican National Committee headquarters in Washington DC without permission, while the candidate toured Florida to say that the RNC was against him and that party leadership sucked. Forget safe zones, someone build this campaign an irony-free zone!

However, the Trump campaign could still win without Virginia’s electoral votes, but no modern Republican candidate has a legitimate shot at electoral victory without Florida. What’s happening in Florida today is nothing short of an organizational landslide. The Democratic Party has racked up 500,000 new voter registrations compared with a paltry 60,000 registrations by the Republicans.

Trump’s team has no chance at making up the difference in Florida, because the clock is ticking and the nominee outsourced key elements of his campaign – like the entire ground game – to the RNC who isn’t doing much, if anything these days in independent expenditures, let alone campaiging. RNC national spokesman Sean Spicer swore in a public statement two months ago that, “The Clinton camp knows that the Trump campaign and the RNC’s combined efforts are outpacing their field organization…” Republican operatives describe the RNC’s statement thusly:

“They’re lying sacks of shit,” Longtime Florida Republican consultant Rick Wilson said. “There is no real Republican ground game in Florida. There wasn’t then when he wrote this memo. And there really isn’t now.”

Even the Latino civic engagement group Trump wrongly claims that federal judge Gonzalo Curiel belongs to – the National Council of La Raza – has registered 90,000 voters in Florida, nearly all of whom are latino. For those keeping track at home, that’s 50% more than the Republican National Party has registered.

The Trump campaign is focused on four states right now, Florida, Pennsylvania, North Carolina and Ohio. He will be lucky to win a single one of those states on election day.

Democratic nominee Hillary Clinton can’t rest on her laurels just yet though, because as we’ve seen in this election just about anything that can happen will happen. But she had better make sure that her transition team is ramping up, because it’s looking like they’re going to be awful busy on November 9th when the campaign team stands down.

As of today, the biggest questions remaining are:

Or will voters take away Speaker Ryan’s gavel and give Democrats the House back as well, even though the lower House’s electoral map been deeply gerrymandered?