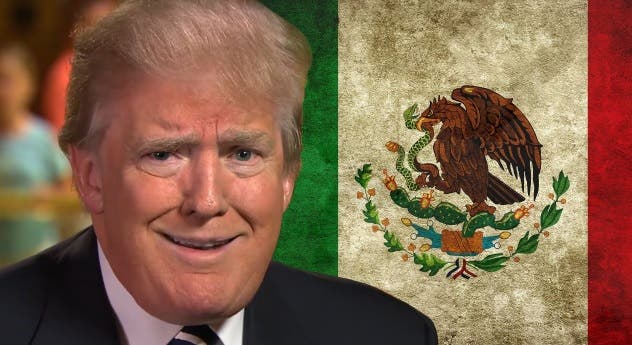 On The Apprentice, Trump Called Khloe Kardashian A “Fat Piglet,” “Why Did We Get The Ugly One?”

Ever since a deluge of sexual assault allegations have begun battering Republican nominee Donald Trump’s flailing campaign, he’s been hinting at releasing some “secret evidence” that will somehow exonerate him – and it’s even crazier than you could have imagined.

Trump is going to announce later today that the sexual assault allegations are masterminded by a Mexican billionaire, Carlos Slim. Slim made his fortune in the telecommunications game and is a large stakeholder in the New York Times and a Clinton Foundation donor, making him an obvious target for Trump’s paranoid delusions.

New York Times publisher Arthur Sulzberger Jr. also refuted the attack, saying “Carlos Slim is an excellent shareholder who fully respects boundaries regarding the independence of our journalism. He has never sought to influence what we report.”

It’s becoming clear that Donald Trump’s strategy for weathering the flood of sexual assault allegations is simply to deny it all and to craft a dangerous narrative that some kind of “shadowy conspiracy” is out to get him, playing off the alt-right conspiracy theorist section of his base who believe that “the Clinton machine” and the “international banks” (an obvious anti-Semitic dogwhistle for “Zionists”) who control the media are attempting to impose a New World Order. “This is a conspiracy against you, the American people, and we cannot let this happen or continue!” roared Trump at a rally yesterday.

While the majority of sane America will dismiss these ludicrous accusations for the paranoid delusions they are, Trump’s words represent a very dangerous threat to the integrity of our democracy. If Trump refuses to accept the result of the election and energizes the crazy far-right-wingers that have been listening to nothing but Rush Limbaugh and Alex Jones for the last eight years – the kind of folks who thought Obama was using a military exercise to impose martial law on Texas and that the Muslim Brotherhood was building secret training camps across the United States – the consequences could be dire.

Colin Taylor
Opinion columnist and former editor-in-chief of Occupy Democrats. He graduated from Bennington College with a Bachelor's degree in history and political science. He now focuses on advancing the cause of social justice and equality in America.
Latest Posts
Tags
carlos slim mexico style Trump