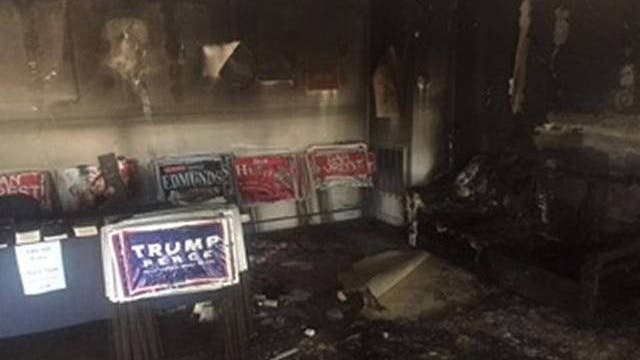 An Investigation Just Found Trump Has Hundreds Of Businesses In Russia

“§ 163-226.3. Certain acts declared felonies. (a) Any person who shall, in connection with absentee voting in any election held in this State, do any of the acts or things declared in this section to be unlawful, shall be guilty of a Class I felony. It shall be unlawful:

(6) For any person to take into that person’s possession for delivery to a voter or for return to a county board of elections the absentee ballot of any voter, provided, however, that this prohibition shall not apply to a voter’s near relative or the voter’s verifiable legal guardian[.]”

It didn’t take long for the internet to notice the irregularity of the statement. Speculation began on Fox entertainer Sean Hannity’s forum. The entire mess caught the attention of criminal defense lawyer and State Senate candidate T. Greg Doucette, who made this Facebook post. Then this tweet went viral and the rest as they say, it’s shameful history.

Let me zoom in on that picture if you can’t see it.

Nobody knows precisely what happened at the North Carolina’s Orange County offices yet, but investigators are looking into the fire. America’s free discourse demands that the perpetrators are brought to justice and the full story revealed quickly.

However, we do know that the North Carolina GOP just admitted a shocking ballot fraud, and any legitimate investigation must now seek to ensure the integrity of the rural county‘s electoral results.

It’s bad enough for Republicans that their presidential nominee is burning down their party, but if their state level party is caught engaging in open misconduct because of this omission, their already tenuous electoral hopes in the swing state may slip away entirely.

No matter who perpetrated the act, a message must be sent to that or those people that violence for political ends is never the right answer. Nor are dirty tricks by the Republican Party.

Update: The NC GOP is trying to walk their comments back with NBC’s national news in a “correction”, but it’s too late, and we’ve saved the original, unchanged North Carolina NBC affiliate’s report into Archive.org just in case they too play along. We have changed the link above from NBC national to the more accurate affiliate, which you can see below.

UPDATE II – 10/18/2016: Notably, Fox News used a chyron noting that “Absentee ballots burned in office attack” during their interview with the NC GOP’s chairperson, though he did not mention any absentee ballots in that interview, but rather sample ballots. You can watch the complete interview from Fox News below. This makes a second news outlet that noted Absentee Ballots being destroyed in the Orange County GOP office fire, but the broadcast doesn’t make it apparent why they chose that specific chyron. 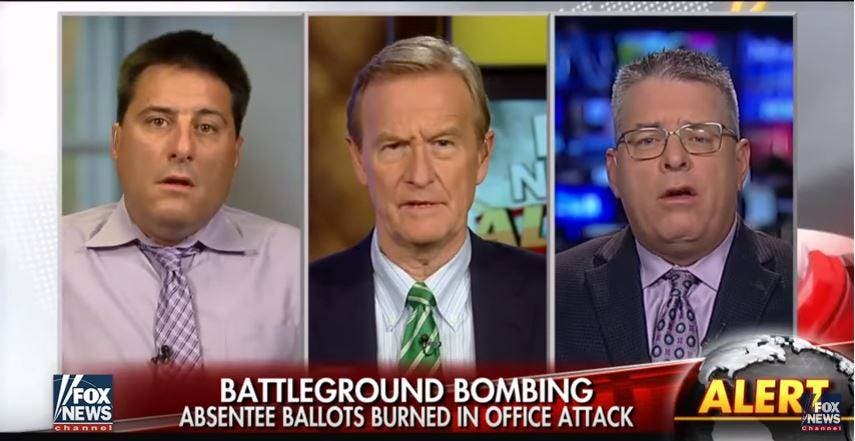