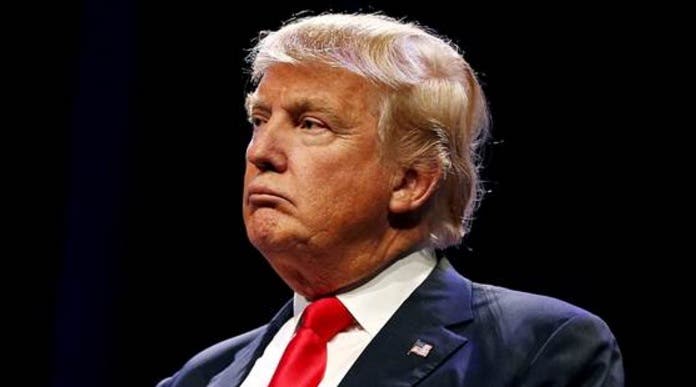 Union Workers Trump Screwed Over Just Got Glorious Revenge On Him

A minor political scandal has arisen for Democratic nominee Hillary Clinton, after the FBI revealed meeting notes online yesterday with a discussion between bureaucrats from the two agencies about classifying records. In case this wasn’t clear, Hillary Clinton doesn’t work for the State Department now and had not at the time for three years.

President Obama said that he’s run the most transparent administration in American history, and now that very openness has caused legitimate – if highly unusual, as the FBI doesn’t traditionally release investigatory files – amount of discussion because the American public knows the whole truth, which includes the messy interpersonal communications down to the letter.

The current misunderstanding between agencies arose when the FBI official contacted Undersecretary of State for Management Patrick F. Kennedy about an unrelated matter of overseas staffing level. Months later, when Kennedy called back, he had questions about Hillary Clinton’s emails and a discussion ensued on both topics between the unnamed FBI official and the State Department official. As the Washington Post reported originally:

No tangible swap ever came to pass. The email was classified in accordance with the FBI’s original wishes, and the bureau was not given any additional personnel in Iraq. Both the FBI and the State Department denied that a quid pro quo ever existed. The documents released Monday include summaries of more than three dozen interviews with technology company employees, FBI agents and Diplomatic Security officers who worked with Clinton.

According to a summary of his interview, the [FBI] international operations division had been trying to reach Kennedy on an unrelated matter for some months, and Kennedy called back wanting to talk about Clinton’s emails. Kennedy, the [FBI] international operations official told investigators, said he wanted to change the classification of a Clinton email that was causing problems. The State Department was reviewing the emails for release under the Freedom of Information Act. It had submitted some emails — all of which were marked unclassified — for the FBI to review, and the FBI determined that at least one appeared to contain classified information.

The federal classification system in play here, allows the originating agency to determine the classification level of any particular document. That is how the system is designed, but somehow the emails investigation devolved in classic DC paperwork kerfuffle, then government agencies competed to label documents for a whole year. So when the FBI – run by Republican Jim Comey, who was acting US Attorney General during the last Bush Administration – released a batch of documents this week which included the confusing notes. A State Department official went on to CNN to give further evidence of the non-issue these notes contain:

“Not only is there no proof. It’s absolutely not true, a completely false allegation. It just didn’t happen that way,” John Kirby, State Department spokesman told CNN’s Chris Cuomo on “New Day” Tuesday. “There was no bargain sought by the FBI. There was no bargain rendered. This was simply an inner agency conversation about the classification over one particular email. So there was no wrongdoing here.” The FBI is denying that any “quid pro quo” was offered in the fight between the bureau and State Department over the classification level of the email, though one interview described it as such. At issue are somewhat contradictory interview notes contained in the crop of newly released FBI documents.

It’s important to note that these are the messy disclosures of normal human behavior, there’s no evidence of anything but one conversation with a misunderstanding, memorialized for the record to make sure that there was no impropriety. Transparency is good for America, which is so obvious that even Congressional Republicans decided to pass a law, and President Obama signed the new FOIA Improvement Bill without fanfare this pas, to ensure more transparency by whomever the American people choose to carry on his legacy of steady governance.

The Republican nominee is sure to make up a fantastic story about this disclosure in tomorrow night’s third and final presidential debate, but Politifact already debunked Trump’s top 10 lies about the Wikileaks email thefts which struck Democratic nominee Hillary Clinton’s campaign manager. The parallels between the Trump Campaign and Watergate are unmistakable, if not blatantly obvious, and even with “extreme transparency” there has been nothing about the Democratic nominee exposed other than her more human side, prone to making insightful remarks that aren’t fit for the scripted and cautious world of political public speaking at its highest level.

Democratic nominee Hillary Clinton can easily claim to be the most investigated person in modern American history, yet some members of the media will scream scandal at every turn even if there’s no there there.