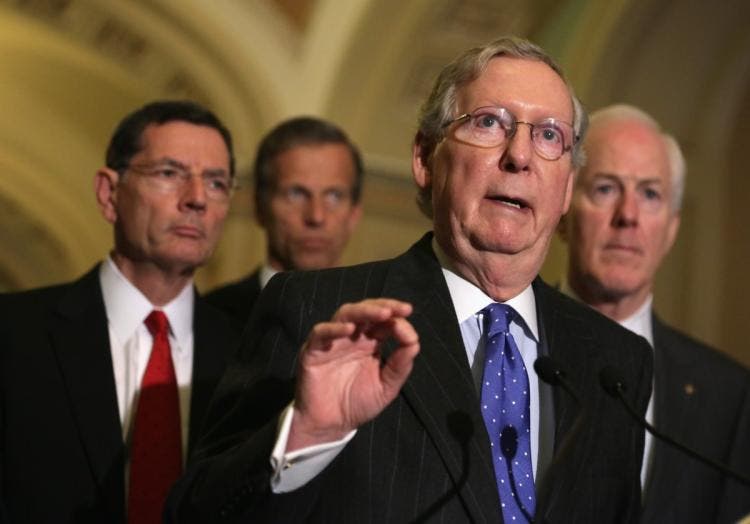 The Republicans will stop at nothing to push through their discriminatory agenda, no matter how shady or shameful their tactics. Once again, they are attaching a  institutionalized discrimination provision to the National Defense Authorization Act. The move forces Obama to make a difficult choice—he can either pass the bill and make taxpayer-funded discrimination into law, or he can veto it and risk leaving the Pentagon (potentially) unfunded as he exits the White House.

The “religious liberty” clause is an immediate threat to civil rights; it is literally taxpayer-funded discrimination that encourages the unbridled power of employers against workers. Ian Thompson, an attorney for the ACLU explains just how damaging the bill will be to millions of Americans, if passed under the guise of religious freedom:

Allowing religiously affiliated contractors and grantees to discriminate against individuals who don’t adhere to an employer’s religious tenets, isn’t right or fair. This could affect an individual in a same-sex relationship, someone who is undergoing gender transition, or a woman who is pregnant and unmarried.

The White House threatened to veto the House’s Defense bill this summer because of the discriminatory “liberty” provision, as well as conflict over the environmental sage grouse issue. However, sources indicate compromise over the sage grouse conflict, meaning the religious liberty issue is the only measure still open for dispute.

This familiar attention for sexist and homophobic discrimination is the last thing Republicans, looking to distance their party from Trump, want to court right now, yet they keep on willingly bringing on themselves. There is a chance that the bill will be filibustered, as Sen Majority Leader Mitch McConnell (R-KY) will need six Democrats from the Senate to join his 54-member caucus in order to get the bill to progress.

Sen. John McCain (R-AZ) is deeply entangled in this ugly bill, though he cannot afford to be associated with support for such misogynist legislation. McCain is one of four tasked with getting the Defense authorization bill passed, as he is the chair of the Senate Armed Services Committee. The bill not only punishes LBQT Americans, but also seeks to discriminate against women who make their own choices regarding their own bodies. It’s the same old story that we see time and time again from this do-nothing Congress.

Add your name to call on prosecutors to ARREST DONALD TRUMP for his crimes!Advertisements
Tags
Mitch McConnell style