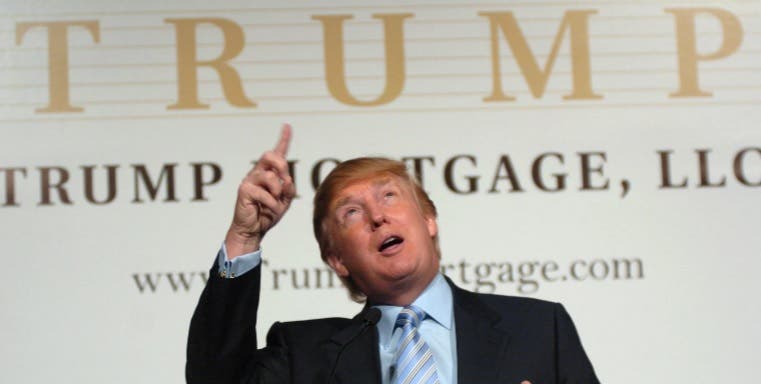 Sorry, Republicans, Hillary Did NOT Leak Information About Nuclear Weapons During Debate

Donald Trump loves to brag about his supposedly tremendous wealth and skills as a businessman. Like so much else in his campaign, however, these claims are nothing but vacuous lies. Serious analyses of Trump’s business empire have already conclusively demonstrated its overwhelming failure, with Newsweek characterizing Trump’s business career as “a long, long list of bankruptcies, defaults, and deceptions.” Now we have proof evidence of Trump’s business imbecility from yet another angle, that of his company’s business credit score.

Similar to personal credit scores, business credit scores rate the financial credibility of companies based on how they’ve handled debts and obligations in the past and can be important in determining interest rates and loan approvals. With so much talk about Trump’s businesses recently, Nav, a leading business credit score organization, decided to run scores for The Trump Organization.

What they found totally destroys any claim Trump has to being a well-oiled business tycoon. According to their report, The Trump Organization has a credit score of 19 out of a possible 100, putting it in the 19th percentile of all businesses. In fact the Trump Organization’s finances are so mismanaged the Nav rates the organization as “very likely to default on its credit payments” and a “medium to high risk” for investors.

This abysmal rating is based on the fact that Trump’s business has 23 delinquent credit accounts, a tax lien, three collection accounts, and a court judgement. Crucially, Nav’s report does not even factor bankruptcies into its rating, of which Trump has had six. Even without accounting for those bankruptcies Trump’s organization ranks near the very bottom of all American businesses.

Given his clearly awful business skills, the only reason Trump has any money today is the $40 million he inherited from his father in 1987. Relative to overall market growth he has actually lost money since then, and would be a richer man if he had simply invested his inheritance in S&P Index funds. So even if we ignore his ignorance, bigotry, sexual assaults, lies, and war mongering, Trump’s business experience is not exactly of the sort that would prepare him for the most powerful office in the world.

Just to put it in perspective…