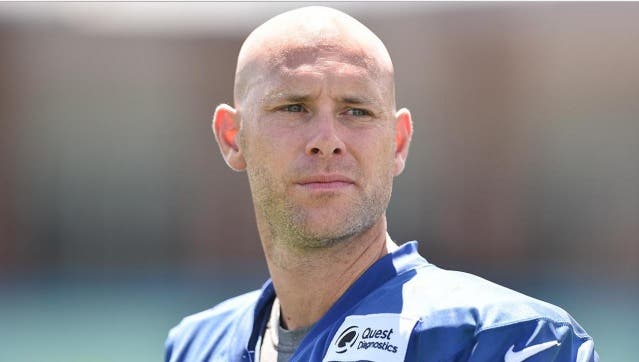 It’s October, which means it’s pinkwashing month for the National Football League as they deck out their players with pink accessories and sell pink merchandise to fans in an effort to convince the nation that they care about the welfare of women. But the case of New York Giants kicker Josh Brown shows that all that is nothing but a hollow marketing gimmick, since the league still refuses to treat domestic abuse with the severity it deserves.

Brown was arrested on May 22, 2015 by the King County Sheriff’s Office following a domestic abuse incident. The kicker admitted to abusing his wife physically, verbally, and emotionally in his personal journals that just came to light. His now ex-wife Molly Brown says he abused her on as many as twenty occasions.

Following an internal investigation, the league handed down a shocking one game suspension and allowed him to return to play the second week of this season. Now, Commissioner Roger Goodell and the New York Giants organization are scrambling to perform damage control after these shocking revelations.

Brown beat his wife multiple times, and new evidence came to light Wednesday night and more continues to come out Thursday. The NFL and the Giants said they were “unaware” of the new findings, but it’s been revealed this afternoon that the league actually helped Brown’s now-ex-wife switch hotel rooms at the Pro Bowl in January after a drunk Brown was pounding on the room door. Brown is certain to be released in the near future. Amazing that it hasn’t happened yet.

The Giants have announced that Brown will not be travelling to London for the team’s Sunday game against the Los Angeles Rams as they “reopen their investigation.”

In a league where players are handed down year-long suspensions for off-season marijuana use, it is appalling to see them treat the issue of domestic abuse with such callous indifference. After being rocked by public backlash for their terrible handling of the Ray Rice and Greg Hardy domestic violence cases, it is clear the NFL still hasn’t learned their lesson. The fact that the league was forced to move Molly Brown and her children to a different hotel room at the Pro Bowl to hide them from her drunk husband and then hand down a slap on the wrist is just outrageous.

I love the sport of football with all my heart, but this kind of behavior by shadowy league figures is absolutely unacceptable, and both Roger Goodell and the Giants deserve to be raked over the coals for their attempts to shove domestic violence under the rug. After all the ridiculous outcry over Colin Kaepernick’s refusal to stand during the national anthem, it’s clear that both fans and officials have astonishingly misguided priorities.