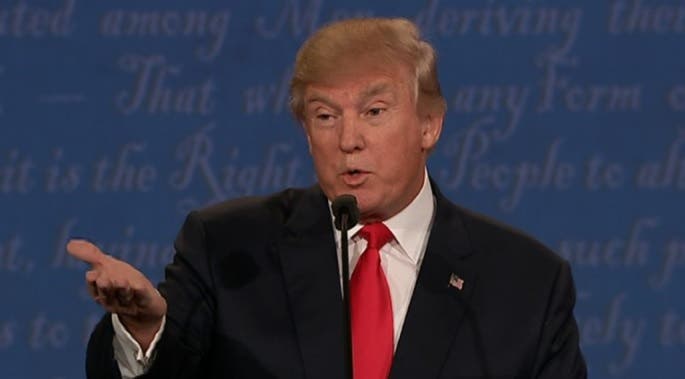 A particularly contentious moment during last night’s debate surrounded the topic of abortion- specifically late-term abortion. Trump’s opinion on this issue was typical Trump; his response was ill-informed, meant to inspire fear and without taking the full situation into context.

His surface-level thoughts on late-term abortion are as follows:

Clinton responded with a resounding defense of Roe v. Wade which has been praised; she spoke for the women and men that demand this highly personal amendment be protected.

Trump’s gross misunderstanding of late-term abortion prompted Alyson Draper from Utah to come forward with her story of undergoing the medically necessary procedure. Her story has since gone viral. What Alyson had to go through was highly traumatic, but it was also highly personal–it was between her and her doctors–not her and the government.

Alyson’s full story is below–please share it with anyone who does not understand what late-term abortion involves:

I HAD A LATE TERM ABORTION. IT IS NOTHING LIKE DESCRIBED BY TRUMP. PLEASE DON’T BASE YOUR VOTE ON THE FEAR MONGERING HE IS DOING. PLEASE READ MY EXPERIENCE:

I had to have a late term abortion. It was the worst moment in my life. What made it even worse was the State of Utah had made it illegal. I had one dead twin. The other had severe Spina Bifida, and would only have lived with life support, in great pain, for a few days.

I lay on the hospital floor, bawling hysterically, for twelve hours, waiting for an ethics committee of the health care corporation to decide my case justified what had to be done. My health was in danger due to the dead fetus. My husband and I consulted our LDS Bishop, who assured me I needed to do what I had to do, that it was even within LDS guidelines to do so. He reminded me I had six kids at home who needed their mother to live.

The abortion was terrible. It was done very gently, by Caesarean section, leaving the babies in their amniotic sacs. The living baby passed very quickly.

It was horrific. I think it even affected my dear physician, as he had never had to end a pregnancy before. I developed PTSD for which I had to be treated for years, mostly because of the fact I had to have it at all.

No woman should have to have the state have a say in the most painful decision she will ever make. Nobody is tearing babies apart in late term. They are always humanely done, only in situations where there is a non-viable or severely defective fetus and/or the mother’s health is at risk.

Please don’t vote for a candidate or a party that would make these decisions for the women who will die or be forced to carry unviable fetuses to term. This is a decision that is so painful and so terrible. Only the parents of the baby and a physician should be involved in the decision.