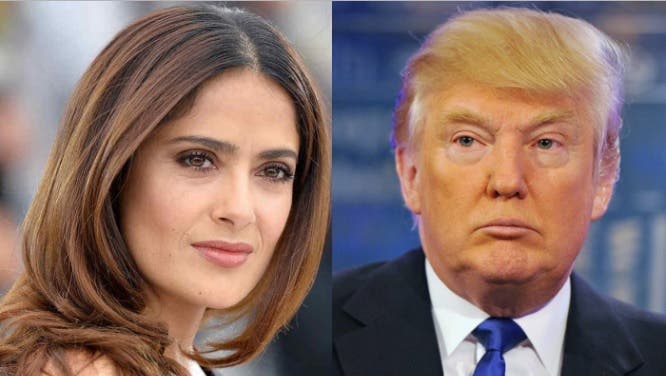 The depths of pettiness to which Republican nominee Donald Trump will sink to was revealed earlier tonight when world-famous actress Salma Hayek sat down with “El Show del Mandril” radio program to talk about the racist Republican nominee.

Salma Hayek told the hosts that she fully believes all of Trump’s accusers and described what happened when Trump tried to date her. “When I met that man, I had a boyfriend, and he tried to become his friend to get my home telephone number. He got my number and he would call me to invite me out” she said.

“Later, he called and left me a message. ‘Can you believe this? Who would say this? I don’t want people to think this about you. “He thought that I would try to go out with him so people wouldn’t think that’s why he wouldn’t go out with me.”

This would not be their only interaction. Trump once used $120,000 in Trump Foundation “charity” funds to buy a fancy dinner with Hayek, which never happened because she insisted on bringing her husband.

Planting a story in a tabloid rag like the Enquirer just because she wouldn’t go out with him is unbelievably petty, and to then try to use that story as a way to coerce her into going out with him shows a disturbing streak for manipulation that we are all too familiar with at this point.