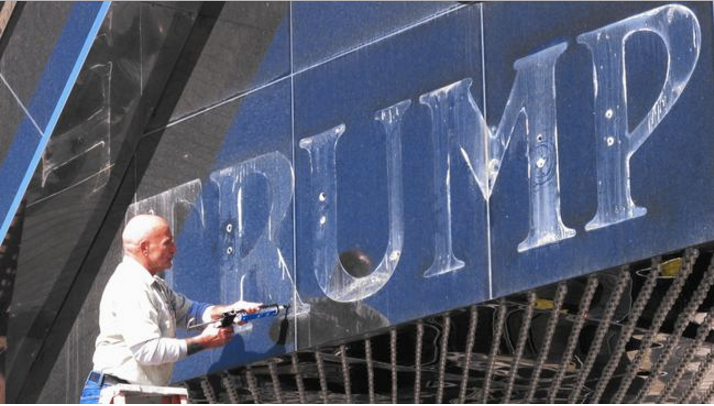 Trump Just Vowed To Sue Every Woman He Sexually Molested

Republicans gave Donald Trump their presidential nomination based on his brand’s marketing “success.” Now, the billionaire is stripping his tarnished name from the Trump Organization’s newest hotels in favor of the name “Scion.”

Amidst reports that occupancy rates at Trump Hotels have slipped this election season, the company has announced that new brand hotels will no longer bear the Trump name. “We wanted a name that would be a nod to the Trump family and to the tremendous success it has had with its businesses, including Trump Hotels, while allowing for a clear distinction between our luxury and lifestyle brands,” Trump Hotels CEO Eric Danziger said in a statement.

Trump Hotels have suffered low occupancy rates as luxury travelers from around the world are shunning the Republican’s properties. The travel site Hipmunk reports double digit booking declines across the board.

However, that’s not the only high profile problem with a Trump’s flagging hotel chain.

The new Trump Hotel in Washington, DC is suffering from high vacancies, and was forced to cut prices nearly in half this month after the Republican nominee suckered cable TV news into covering a long informercial for the property before making a ten second announcement blaming his multi-year birther campaign falsely on Democratic nominee Hillary Clinton.

Those warnings look increasingly prophetic. While the break-even rate on the hotel rooms is more than $750 a night, by some estimates last weekend rooms could be had for under $500 per night — at a time when rival hotels were sold out weeks ahead of time. In his bid to win the lease, Trump promised to offer luxurious suites to lure business execs and diplomats, but many of the international elite appear to be avoiding it.

If the failure to launch at Trump’s DC hotel property is any indication, there’s no longer a path forward in business for the luxury brand. Once the general public finds out that Scion is owned by Trump, it is only a matter of time before travelers book elsewhere.