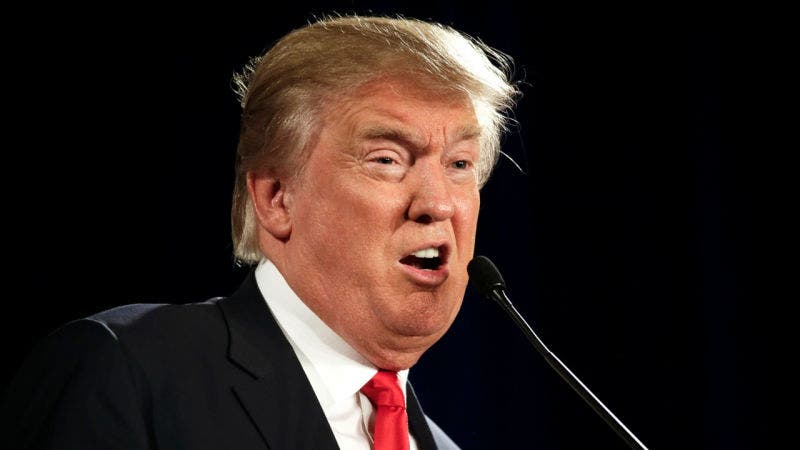 America’s largest anti-Donald Trump Super PAC in the 2016 election just filed a serious complaint with the FBI and the Department of Justice regarding the Republican nominee’s possibly illegal call for his supporters to help “watch” and intimidate other voters at the polls.

The Democratic Coalition Against Trump filed the complaint with the FBI late Monday morning against the candidate personally for violating Section 11(b) of the Voting Rights Act of 1965.

The complaint states that no person “shall intimidate, threaten, or coerce any person for exercising [their right to vote].” It duplicates a civil complaint by DCAT for violating the same law to Department of Justice Civil Rights Division.

Senior Advisor to DCAT Scott Dworkin said his group filed the complaint after seeing the Republican’s website, which references ballot security and the candidate’s various calls at his televised rallies to watch polls in minority areas to ‘prevent rigging’ – a clear dog-whistle call for voter intimidation – and a violation of federal election law.

“Donald Trump has proven that he has no respect for our Democratic process, most notably in this week’s debate and at multiple rallies when he wouldn’t agree to a peaceful transition of power if he loses. Every day that Trump encourages his supporters to intimidate others to the point where they are too fearful to exercise their basic rights, the charges brought against him by the DOJ should be more, and more severe.”

The Voting Rights Act has been under attack ever since the Supreme Court ever since it imposed stiff penalties for anyone caught intimidating or threatening voters from trying to exercise their rights.

Here’s the full text of the Democratic Coalition’s complaint:

This complaint is against Donald Trump and his campaign for voter intimidation and suppression nationally. Trump has encouraged his supporters to “go over and watch” polling places, the implication being to instill fear specifically to minority communities in the inner cities. By encouraging his supporters to go out and watch polling places, Donald Trump is violating the Voting Rights Act of 1965.

If the national Democratic party believes that Trump’s aggressive ‘keep the votes from getting out’ strategy breaks the federal consent decree, then they could haul the Republican Party and Trump into federal court before the election seeking civil relief from his cries to make sure the election isn’t “rigged.”

Recently, Massachusetts Senator Elizabeth Warren noted that Trump’s behavior also threatened to breach that 1980s consent decree between the RNC and the DNC – which started 35 years ago after Republicans engaged in illegal voter suppression tactics against minorities in New Jersey – in an op-ed she contributed to the Washington Post.

Ultimately, voters will have to brave the uncertainty of partisan interference to get to the polls, and it will be largely left to states to police those polls.

More than two thirds of America’s state houses are controlled by Republicans.

They should know that groups like the Lawyers’ Committee for Civil Rights Under Law have started websites like this one, and a hotline at 1-866-OUR-VOTE for citizens to call if they see voter suppression tactics, law enforcement pretending to patrol polling places or any other people interfering with their right to vote.