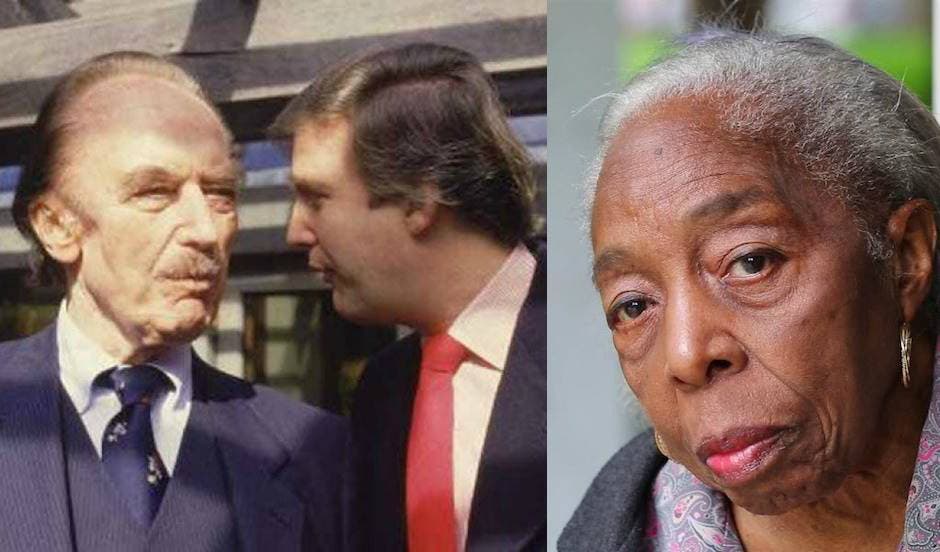 A moving new campaign ad released by Hillary Clinton has brought renewed attention to the policies of racial discrimination that defined Donald Trump’s career in real estate. The ad features an interview with a tearful retired nurse who was denied an apartment in one of Trump’s developments because she was African-American. The racial discrimination in buildings owned by Trump and his father became so blatant and so pervasive that the United States Justice Department filed a racial discrimination suit against the duo.

That suit has already been the subject of testy exchanges between the candidates, with Trump denying that his company discriminated against blacks. His campaign manager, in an email to NBC News, said that “there is absolutely no merit to the allegations.” History, however, tells a different story. The initial case, brought against Trump Management in 1973, was resolved two years later with a consent decree in which the Trumps agreed to terms meant to prevent discrimination. Three years later the Justice Department brought the Trumps to court again, claiming that the terms of the consent decree were not being followed. That case was never settled.

Then, in 1982, Trump Management was one of several New York landlords on the receiving end of a class-action lawsuit alleging racial discrimination. That suit was settled when the landlords, including Trump, agreed to rent a quarter of vacant apartments in certain buildings to African-Americans.

The scope of the allegations comes as no surprise to Stanley Leibowitz, who once acted as a rental agent dealing with the Trumps. In a new interview with NBC he describes in scathing detail the racist policies of Trump Management, under both Fred Trump and his son Donald. Most jarring is his description of asking Fred Trump about a black client’s apartment application. “Mr. Trump and his son Donald came into the office,” he said. “I asked what I should do with this application because she’s calling constantly and his response to me was, ‘You know I don’t rent to the ni**ers. Put it in a drawer and forget about it.’”

James DeVinne
James DeVinne is a student at American University in Washington, DC majoring in International Service with a focus on the Middle East and South Asia. He is a founding member of Occupy Baltimore and interns at the Tahrir Institute for Middle East Policy.
Latest Posts
Tags
racist style Trump