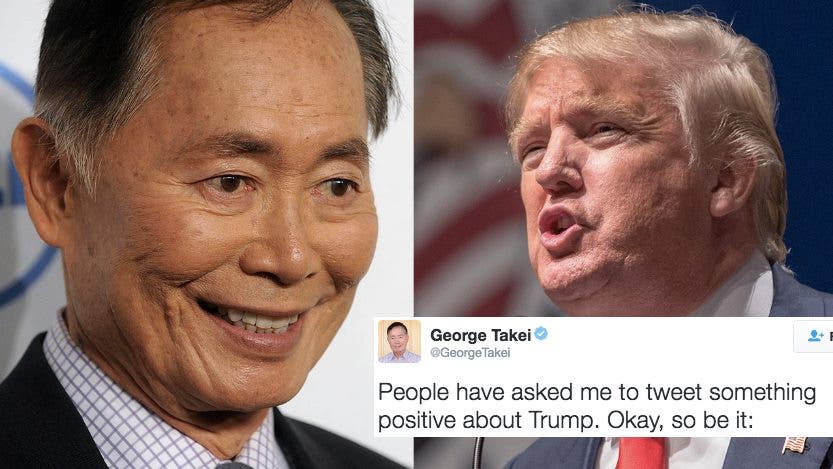 Legendary Star Trek actor turned LGBT activist George Takei has been very vocal this election season. He joins much of America in being so utterly appalled by Republican nominee Donald Trump that he cannot stay silent as Trump unravels our democracy further and further with each passing day, and has a perfect response to those asking him to stop being so negative:

People have asked me to tweet something positive about Trump. Okay, so be it: I am POSITIVE that Trump is a national disgrace.

There is nothing positive to be said about Trump, except that the revelations of his long record of sexual assault is creating a national conversation about the abuse of women at the hands of powerful rich white men.

Otherwise, Trump has been a walking manifestation of the ugliest parts of America, exposing our dirty laundry for all the world to see. Perhaps its what we needed to exorcise those demons – but it cannot be denied that it will take years to recover from the wounds this election has opened.