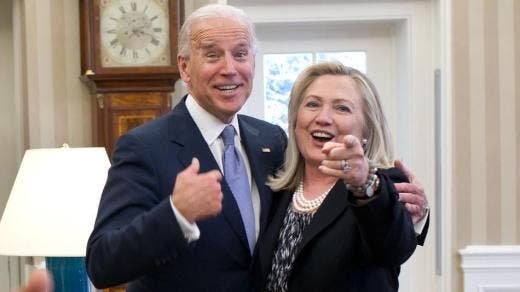 Fans Asked George Takei To Tweet Something Positive About Trump. He Did, And It’s Perfect

News leaked from Democratic nominee Hillary Clinton’s camp that her transition team wants to persuade or even draft Joe Biden to continue serving America as our nation’s top diplomat after his term as Vice President expires in January. Biden chose not to run to succeed President Obama after the tragic loss of his son Beau Biden; instead he’s thrown himself fully into campaigning for Clinton’s election as only one of America’s most beloved public figures can do. Politico reports:

The vice president, who chaired the Senate Foreign Relations Committee before joining the administration, is one of the most experienced and respected Democrats on the world stage. He’s also coming to what would be the close of a 44-year career in Washington, first with six terms in the Senate and then two terms as President Barack Obama’s closest adviser — and the keeper of the portfolio on some of the most difficult international issues, including Iraq and Ukraine.

Hillary hasn’t even told Biden about her idea yet, but it is a logical choice by the Democrat. The news represents a little more traditional political fare for people who are concerned about both the issues a President must master to govern America, but also the team of people they’ll need to manage our country’s affairs. There’s a lot of work to do by the Clinton campaign before naming anyone to any position, but Democrats have closed the gap in absentee early voting with Republicans in key swing states – like Ohio and also in Florida to date.

Joe Biden is also one amazing politician on the campaign trail, who managed to bait Republican nominee into a verbal sparring match which is distracting his campaign from doing much else than playing defense.  Nobody knows if Joe Biden will accept Hillary Clinton’s offer, if the Democratic nominee does in fact become the first female President elect after November 8th, but we do all know that Joe Biden’s heavyweight speeches are having a major impact on this year’s general election campaign.

Trump responds to @JoeBiden’s wish to fight him: 'I'd love that' pic.twitter.com/oDWh0xuShd