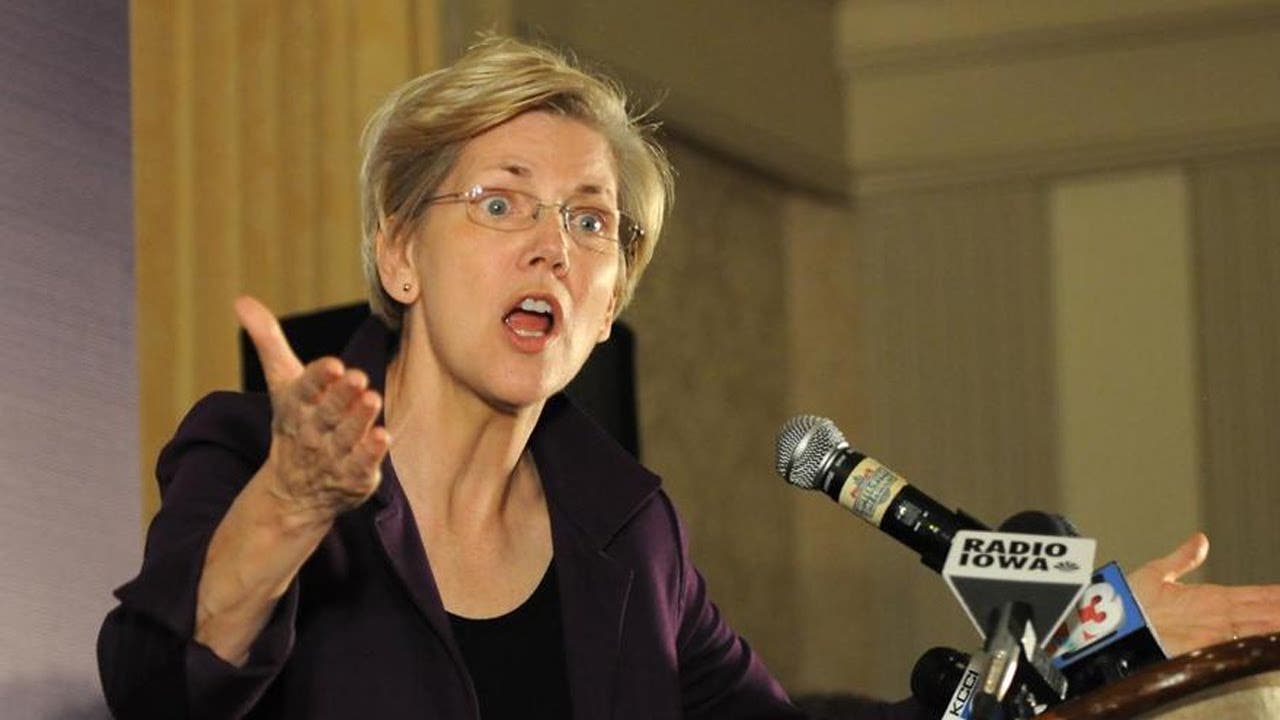 In the wake of a string of completely extraordinary revelations starting this summer by FBI Director James Comey, Senator Warren is now demanding that the FBI release investigatory details about the 14 corporations and 11 individuals which the Financial Crisis Inquiry Commission (FCIC) referred for criminal prosecution in 2010:

These new standards present a compelling case for public transparency around the fate of the
FCIC referrals. If Secretary Clinton’s email server was of sufficient interest to establish a new FBI
standard of transparency, then surely the criminal prosecution of those responsible for the 2008 financial
crisis should be subject to the same level of transparency.

As a consequence of the 2008 crash, trillions of dollars in American housing wealth was destroyed. Millions of Americans were touched personally as they lost their homes, their jobs, or both. Hundreds of pension funds were eviscerated, and millions of retirees saw their financial futures wiped out. Congress created the FCIC to examine what went wrong and to determine Whether any individuals or entities deserved law enforcement scrutiny as a result of their actions in this crisis. The FCIC followed the law and sent such referrals to the DOJ, yet not a single senior Wall Street executive has ever been criminally prosecuted.

For the uncounted millions of Americans whose lives were changed forever and for those who are still dealing with the consequences of the crash, I can think of no matter of intense public interest about which the American people deserve the details than the issue of what precisely happened to the criminal referrals that followed the 2008 crash.”

Until now, the FBI has never, ever released the investigatory file of anyone or any institution it has targeted. However, if the Democratic nominee herself was a bank, then she would have nothing to fear from the FBI.

Of 25 entities named by the FCIC to be criminally investigated, only one actual person has paid a civil penalty, and another person – none other than Daniel Mudd, former CEO of mortgage giant Fannie Mae, was fined — but had his $100,000 penalty paid by the government sponsored enterprise that employed him.

FBI Director James Comey has deployed a massive double standard to protect the criminal financial institutions, handing them a free pass and complete secrecy for collapsing our national economy and wiping out $3 Trillion dollars in home equity, stock equity and savings, while dragging Democratic nominee Hillary Clinton through the mud for Comey’s partisan predilections for transparency when she’s demonstrably done absolutely nothing wrong.

The FBI Director himself admitted in July that “no reasonable prosecutor” would bring charges against the Democratic nominee, yet he himself cannot resist rehashing and releasing the investigatory details in public over and over. Releasing anything about an investigation, or even delivering an actual indictment, actually violates Department of Justice policy to remain silent in the 60 days before an election. It’s been described by former top Justice Department officials as the “difference between being independent and flying solo.”

Elizabeth is right. How long will the FBI wait to deliver transparency to the American people eight years after their jobs, homes and savings were attacked by irresponsible bankers?

Once the FBI completes disclosing those investigatory files, then how long will it take for them to deliver indictments and justice to the men and women who caused the Great Recession?

Neither can happen soon enough. For now, he needs to stop his partisan witch-hunt against Hillary and start going after the real crook.s