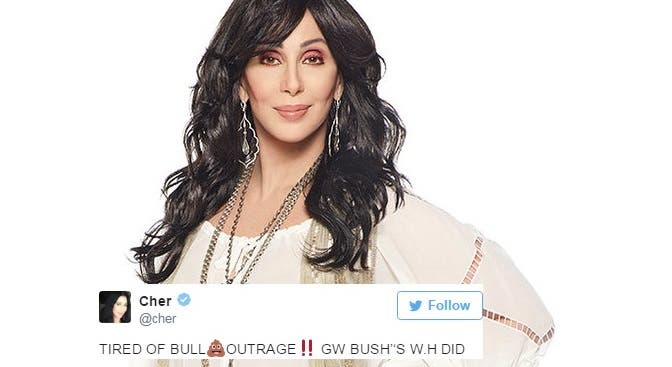 Fact Check: Democrats Have Created Twice As Many Jobs As Republicans Since 1950’s

World-famous singer Cherilyn “Cher” Sarkisian took to Twitter recently to give her two cents on the re-ignition of the Republican witch-hunt of Hillary Clinton.

FBI director James Comey bowed to pressure from House Republicans and released a letter informing them of “updates” to the investigation, which was the discovery of emails on disgraced Democratic Congressman Anthony Weiner’s personal email devices that were not from or to former Secretary of State Hillary Clinton.

Cher vented the frustration that many of us are feeling in this tweet:

The George Bush White House launched two multinational invasions and orchestrated the construction of secret detention centers around the world for the specific intention of committing crimes against humanity – but nobody seems to care about the information that might have been contained in THOSE emails.

The double standard that is applied to Hillary Clinton is outrageous. George W. Bush and Dick Cheney, both war criminals, walk free while the nation obsesses over John Podesta’s risotto recipe and a rabble-rousing Russophile rapist draws closer to the White House. Where have our priorities gone?