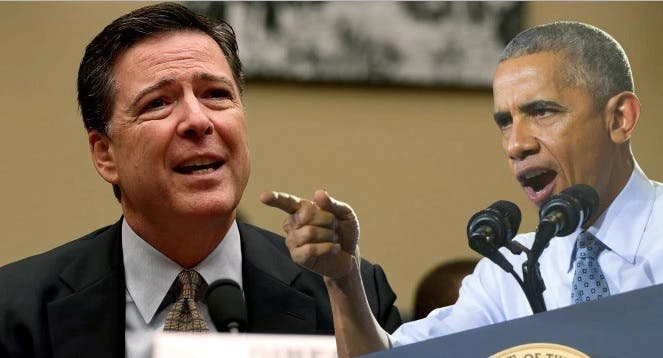 President Obama weighed in on the right-wing efforts to revive the Hillary Clinton witch hunt by publicly chastising his own appointed FBI Director, James Comey, for the FBI’s unnecessary decision to inform Congress that they had found new emails that may be “pertinent.”

The President reiterated his determination to not be seen as “meddling” in the case, but rightfully criticized Comey for stirring up undue controversy over pure speculation on emails that were neither sent nor received by then-Secretary of State Hillary Clinton.

The president hit the nail right on the head. This “investigation” is over and done with; for Comey to throw fuel on the fire of right-wing paranoia this close to the election cannot be seen as anything but a partisan effort to derail the campaign of Democratic nominee Hillary Clinton, especially after it became clear that Comey tried to suppress news of the investigation into Republican nominee Donald Trump’s ties to the Russian Federation – a much more serious and potentially seditious allegation.

‘We don’t operate on innuendo’ — President Obama discusses Hillary, emails, and the FBI in an exclusive interview with NowThis pic.twitter.com/0J6tJyEYSh

Add your name to call on prosecutors to ARREST DONALD TRUMP for his crimes!Advertisements
Tags
emails fbi hillary style Trump