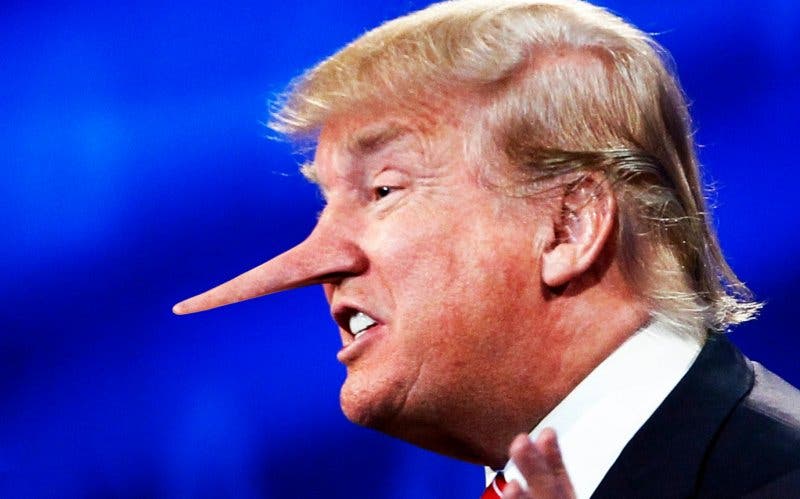 Republican nominee Donald Trump is well known for his callous disregard for anything resembling the truth. He exists entirely in a post-truth information sphere where facts don’t matter, reality is what he says it is, and anyone who says otherwise is to be beat down with bold faced lies, insults, and sometimes with actual beatings from his angry supporters.

Trump lies so prolifically, in fact, that over the past month he has said 494 individual false statements – forty alone in the past day, as per Daniel Dale of the Toronto Star.

Donald Trump and his supporters live in a world entirely divorced from reality – and it’s clear that they believe their own lies.

It’s exceptionally dangerous worldview extremely unbecoming of a man who seeks our nation’s highest office. He will quickly find that the rest of the world will not buy into his delusional nonsense – with devastating consequences for our nation.