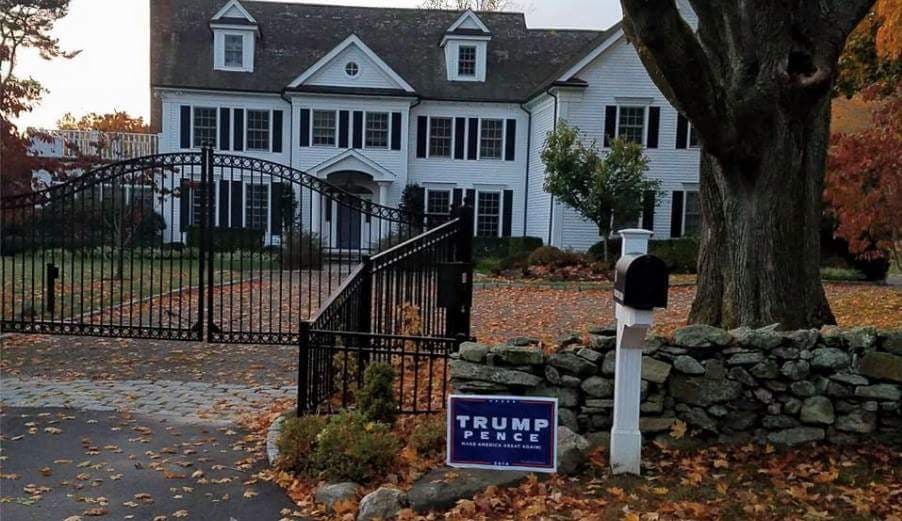 In case we needed any more evidence that FBI director James Comey is working behind the scenes to tilt the election in favor of Republican nominee Donald Trump, look no further than his front yard. A Facebook user named Chris Grimm snapped this photograph of the house owned by Director Comey.

A search through real estate listings confirms that indeed this is the $3 million house purchased by Comey in 2010.

Comey has been the subject of fierce public backlash from his decision to reignite Hillary Clinton’s “email controversy” by sending a letter to the House Oversight Committee in regards to the emails discovered on Anthony Weiner’s laptop, which “may” be pertinent.

The emails aren’t to or from Clinton and there’s no evidence that they are actually pertinent to the FBI’s now concluded investigation. His actions were a clear partisan effort to interfere with the election, and he’s now under investigation for possible violation of the Hatch Act. He deserves to lose his job for his blatant abuse of power and for using his agents as a political battering ram.