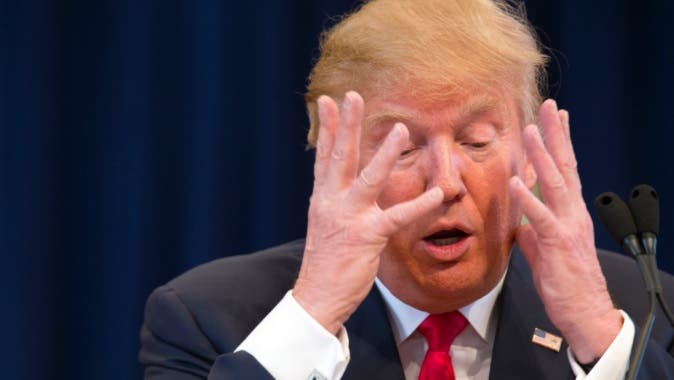 A visibly angry Nevada judge just shot down the Trump campaign’s pathetic lawsuit that attempted to rob people stuck standing in line after the polls closed of their right to vote, pointing out that the Trump campaign had not spoken with the Secretary of State or done their due diligence exhausting other options.

Judge reads lawsuit and says, in disbelief, “What are you asking for?”

The Trump campaign filed suit in protest over a polling location that, like in many states, counted the ballots of all those still in line by the time the polls closed. The vast majority of them were Hispanic voters, and it was a transparent case of racial voter profiling that the judge wasn’t buying.

Vanity Fair notes that “Clark County, which is more than 30 percent Hispanic, observed and signed off on the decision” to keep polls open, “allowing a massive surge in voters who were in line by closing time to cast their ballots.”

In case it wasn’t obvious, Nevada GOP Chairman Michael McDonald complained that “Last night in Clark County they kept a poll open until 10 o’clock at night so a certain group could vote.”

On top of that, Trump operatives were trying to get the court to release the personal information of the volunteer poll workers – a ploy which the judge saw through immediately.

“Are [the votes] not to be counted? What are you saying? Why are we here? You want to preserve the poll data? That is offensive to me. Why don’t we wait to see if the secretary of state wants to do this? I am not going to expose people doing their civic duty helping their fellow citizens vote, that they are taking their personal time to preserve … to public attention, ridicule, and harassment. Thank you, SIT DOWN.”

It should be noted that the lawyer who presented the Trump case was a construction litigator.

If he has succeeded, the Trump campaign could have tossed out the votes of thousands of Hispanics in an important swing state. It’s absolutely appalling to see Republicans complaining about polling places accommodating voters stuck in long lines after they’ve been resolutely closing polling places, slashing state electoral budgets, and passing cumbersome voter ID laws in order to prevent people from voting.

They know they can’t win without cheating – and so they’ll do whatever it takes to level the field. Judge Sturman is a hero for seeing right through the Trump campaign’s nonsense and protecting the voting rights of the thousands who stood in line for hours to make their voices heard.

If your method of winning is excluding voters, you don't believe in American democracy, you're just a dictator wearing the school uniform.