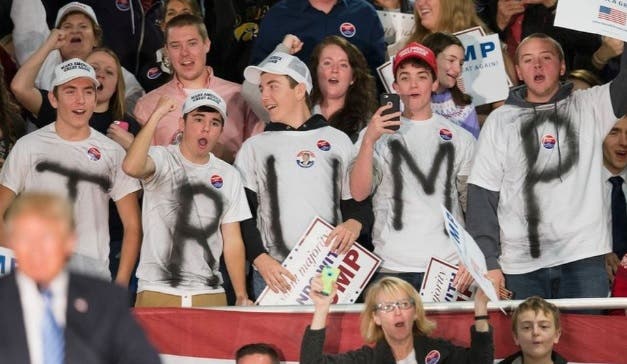 The value of a good ground game is making itself very clear as the election finally comes to a close. While Hillary supporters have been working double time to register people to vote and to get people involved, Republican nominee Donald Trump has entirely disregarded that traditional aspect of campaigning – and his supporters are paying for it, in hilarious fashion.

The message boards of 4chan, where the alt-right Trumpcoats fan the flames of their hatred and share Nazi Pepe memes, is alight with furious posts from angry Trump fans who just discovered today that you need to register to vote.

Gizmodo also reported a number of issues with Trump fans attempting to vote today. “Some were ejected from polling places for wearing Trump paraphernalia, an act which constitutes passive electioneering in many states. Others were unable to properly fill in their ballots for one reason or another.” Nothing is sweeter vindication than to see the vicious trolls of the alt-right being unable to vote for their “God-Emperor” Trump because they didn’t even know they had to register to vote.

These are the kinds of people who photoshop the children of Jewish journalists into gas chamber memes and send rape threats on a regular basis. They represent the worst kinds of racism, bigotry, misogyny and genocidal hatred that the Trump campaign has elevated into the mainstream, and have been his loudest champions online.

For an extremely disturbing account of what it’s like to be targeted by the alt-right, please see this excellent piece by Ella Dawson.