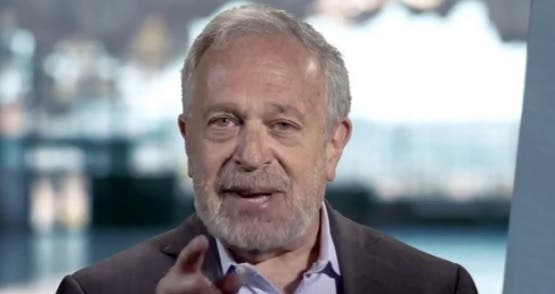 Former Labor Secretary and esteemed public policy Professor Robert Reich just hold his vast Facebook audience to buck up while the end game of this year’s already dragged on late into the night as both presidential campaigns are waiting quietly late into the night in Midtown Manhattan, while the nation counts its votes.

One campaign has vastly outperformed expectations, and the other is quietly hoping that states which have voted Democratic for a generation break late as the vote tallies arrive from dense urban communities late into the night. No matter the final outcome of tonight’s vote tallies, none of the a Democrats who voted tonight will soon forget the gut wrenching uncertainty. But  Robert Reich is right, the worst case scenario is staring America in the face right now. Progressive, tolerant Americans must now plan for the worst, and bird ourselves to keep fighting for the best outcome:

It’s an awful night, terrible news. If Trump becomes the next president, as seems likely, we’re in for an awful ride.

But it’s also an opportunity.

The American power structure — both in the Democratic and in the Republican parties — has been dealt a severe blow. Bernie Sanders was correct: The moneyed interests rigged our political-economic system against most Americans. And now the backlash has begun.

Do not give up the fight. The real fight has just begun.

No matter the final outcome, there’s really no choice but to fight with every legal and legitimate means at our collective disposal. The Republican nominee is facing a major racketeering trial in less than three weeks. The election uncovered more than a few major scandals, which – is the mainstream media ever woke up and stopped covering polls, and started covering facts, are all worse than any conjured scandal faced by Hillary Clinton.

There’s no do-overs in American elections, but there’s no alternative to fighting.

Fighting the Republican plague bearing down on the American Dream. Fighting town by town, county by county and state by state.