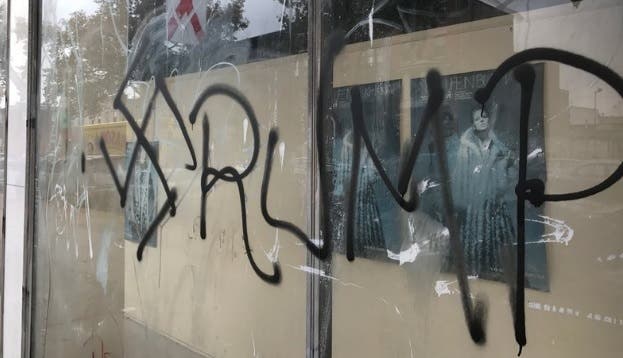 In a stunning upset, Donald Trump was elected President of the United States last night. His supporters promptly tore through the streets of Philadelphia, spraying Nazi symbols, phrases, and racist slurs on buildings and cars.

The words “black bitch” were also spray-painted on an SUV.

Today isn’t just the day after election day. It’s the anniversary of Kristallnacht, the Night of the Broken Glass. On November 9th, 1938, German citizens embarked on a pogrom, burning synagogues and trashing Jewish shops, killing over a hundred Jews in the process.

Shortly after, 30,000 Jewish men were rounded up and sent to the concentration camps.

For these symbols to appear after the election of a racist bigot supported by white supremacists is just further shocking evidence of just how far our nation has gone off the deep end. If they were trying to strike horror in the hearts of American minorities, they’ve certainly succeeded.