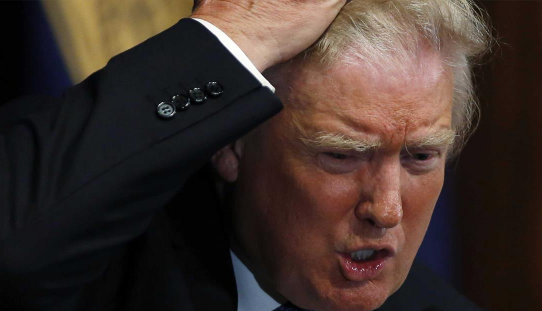 The ACLU Just Threatened To Go To War Against Pres. Trump

As the nation recoils in horror at what they’ve just done, the Donald Trump team is scrambling to do something they probably never really thought they would have to do – assemble a team to run the country. Unfortunately for them, the bridges Trump gleefully burned during the election are still burnt, and it’s coming back to haunt him.

Key national security positions are going unfilled because hundreds of potential candidates have either sworn they’d never work in a Trump administration or are straight-up turning down the job offers, according to current and former officials speaking to the Daily Beast.

“that it was going to be very difficult to fill positions in that space because everybody that had experience was a never-Trumper. She wasn’t even sure that she was going to be able to fill a transition team much less find people to serve in government positions.

In theory, 20 people are supposed to parachute into the Department of Homeland Security [during the transition between administrations]. And I don’t think they have anybody to do it.”

Far from making America safer, Trump isn’t going to be able to find anyone to staff his administration. Trump is famous for saying that he “hires the best people,” but it’s clear that everyone who is anybody in the national security business is horrified by Trump’s appalling racism and religious discrimination.

“Everybody who has signed a never-Trump letter or indicated an anti-Trump attitude is not going to get a job. And that’s most of the Republican foreign policy, national security, intelligence, homeland security, and Department of Justice experience. The problem is going to be finding the deputy secretary, and the head of customs, and the general counsel, which are the jobs that fundamentally matter,”

While the prospect that perhaps Trump won’t be staffing his administration with veteran neocons and Republican defense industry cronies isn’t the worst thing in the world, it does present a disturbing problem. Judging from Trump’s utter lack of policy proposals more coherent than “WALL!” it begs the question: who is actually going to run this country and keep it safe from the enemies Trump is surely going to make?