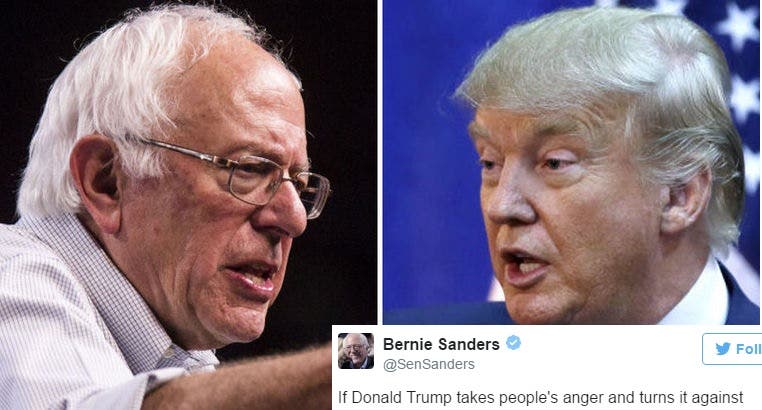 Senator Bernie Sanders (I-VT) is taking back the spotlight after Democratic nominee Hillary Clinton was handed a devastating defeat in Tuesday’s election, consigning us to four years of a Donald Trump presidency.

The iconic hero of the American left issued a stern warning to Donald Trump, daring him to follow through with his racial scapegoating and plans to institutionalize religious discrimination.

If Donald Trump takes people’s anger and turns it against Muslims, Hispanics, African Americans and women, we will be his worst nightmare.

Appearing on CNN, Sanders doubled down on his determination to lead the fight against Republican bigotry.

.@SenSanders: I will vigorously oppose Trump if he appeals to racism, sexism, or other discriminatory measures https://t.co/kD1h5Go4Ih

Sanders is poised to take up leadership of the American progressive movement once again. It’s gonna be a long four years, and the fight to protect our environment, our economy, our civil liberties, and our minority populations is going to be long and arduous. We’re going to need every ounce of Bernie’s fiery energy and relentless determination if we’re going to make it.