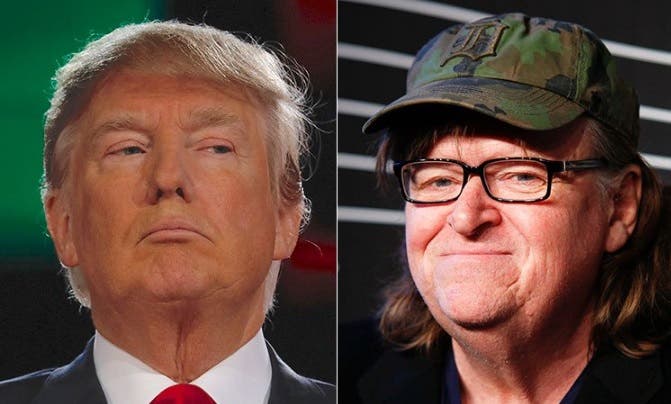 For the second day in a row, the liberal filmmaker Michael Moore has published a listicle plan for activists to put into motion. What’s getting all of the attention is item #2 on the list, pursuing the impeachment of Donald Trump. It’s highly unlikely that the requisite minority of obedient House Republican tea-party members would defend the Constitution from a rampaging member of their own party. But theoretically it could happen at any time with the number of lawsuits and charges leveled against Trump across the country.

Moore’s second list of day-after recipes for the American left to move forward isn’t strictly an anti-Trump declaration either. Beyond proposing that a swift opposition movement emerge, he also demanded a Republican-style program of obstruction to deny Supreme Court judges, reform within the Democratic National Committee and even an apology to Bernie Sanders from the party.

The most immediately doable item on the list would be a special prosecutor to investigate FBI Director James Comey’s partisan interference in this year’s election. There’s already a bi-partisan movement to terminate the FBI Director‘s employment for violating the Hatch Act. If there could be a yearlong email server investigation, surely the government does have the resources to investigate its top lawman after the Justice Department’s Office of Special Counsel rules on the Hatch Act complaints.

Moore’s wish list ended with the national and the personal.  He called for major changes to our country’s voting systems for federal elections to ensure an accountable paper trail, a holiday on election day and to end the disenfranchisement of felons who have completed their sentences.

Here’s all of them:

1. Must quickly and decisively form an opposition movement, the likes of which hasn’t been seen since the 1960s. I will do my part to help lead this as I’m sure many others (Bernie, Elizabeth Warren, MoveOn, the hip-hop community, DFA, etc.) will, too. The core of this opposition force will be fueled by young people who, as with Occupy Wall Street and Black Lives Matter, don’t tolerate b.s. and are relentless in their resistance to authority. They have no interest in compromising with racists and misogynists.

2. Prepare to impeach Trump. Just as the Republicans were already planning to do with President Hillary from Day One, we must organize the apparatus that will bring charges against him when he violates his oath and breaks the law — and then we must remove him from office.

3. Must commit right now to a vigorous fight (including civil disobedience, if necessary) which will block any and all Donald Trump Supreme Court nominees who do not meet our approval. We demand the Democrats in the Senate aggressively filibuster any nominees who support Citizens United or who oppose the rights of women, immigrants and the poor. This is non-negotiable.

4. Demand the DNC apologize to Bernie Sanders for trying to fix the primaries against him, for spinning the press to ignore his historic campaign, for giving Clinton the questions in advance at the Flint debate, for its latent ageism and anti-Semism in trying to turn voters against him because of his age or religious beliefs, and for its anti-democracy system of “superdelegates” who are elected by no one. We all know now had Bernie been given a fair shot, he probably would have been the nominee and he — as the true outsider and “change” candidate –would have inspired and fired up the base and soundly defeated Donald Trump. If no apology is soon forthcoming from the DNC, that’s ok — when we take over the Democratic Party (see yesterday’s To-Do List, #1), we will issue the apology in person.

5. Demand that President Obama establish a Special Prosecutor to investigate who and what was behind FBI Director James Comey’s illegal interference into the Presidential election 11 days before the vote was held.

6. Begin a national push while it’s fresh in everyone’s mind for a constitutional amendment to fix our broken electoral system: 1. Eliminate the Electoral College — popular vote only. 2. Paper ballots only — no electronic voting. 3. Election Day must be made a holiday for all — or held on a weekend so more people vote. 4. All citizens, regardless of any run-ins with the criminal “justice” system, must have the right to vote. (In swing states like Florida and Virginia, 30-40% of all Black men are prohibited by law from voting.)

7. Convince President Obama to immediately do what he should have done a year ago: Send in the Army Corps of Engineers to Flint to dig up and replace all the poisoned pipes. NOTHING HAS CHANGED; the water in Flint is still unusable.