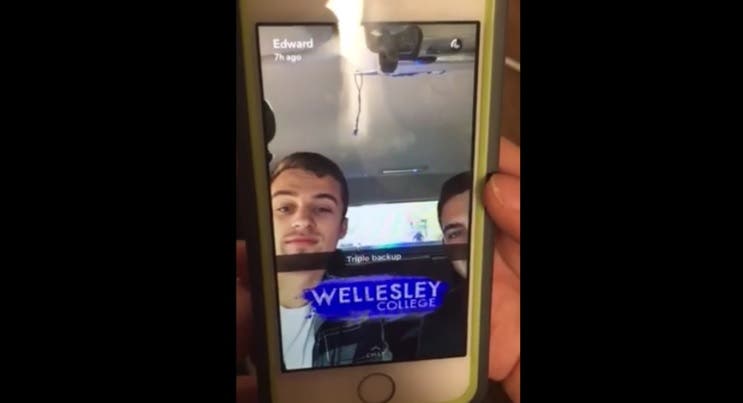 Trump fans, emboldened by the racist rabble-rouser’s shocking electoral victory, have been harassing women and minorities across the nation in a horrifying outbreak of discriminatory violence and hatred.

Babson College students Edward Tomasso and Parker Rander-Riccardi took it upon themselves to visited the women’s university Wellesley College for a little victory lap, during which they targeted African-American students for harrassment.

“Two students at Babson College, decided to drive around our beautiful campus with a Trump flag in a pick up truck. They laughed, screamed and sped around campus. Then, they parked in front of the house for students of African decent, and jeered at them, screaming Trump and Make America Great Again. When one student asked them to leave, they spit in her direction” recounted witness Syndey Robertson in a viral Facebook post.

The two were stopped by campus police and told they would face charges if they returned. They were not apologetic for their actions, to say the least. These kinds of appalling incidents are only going to occur more frequently.
Such is the world we now live in.