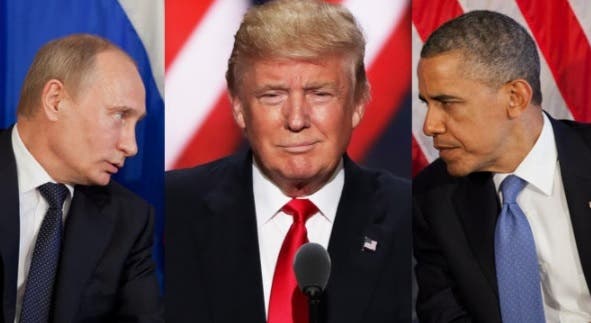 The Obama administration is reviewing the Democratic Coalition’s investigative report highlighting ten “clear links” that the FBI failed to investigate about our President-elect’s business ties to Russia and to the regime of dictator Vladimir Putin’s regime.

“The FBI missed at least 10 key connections between President-elect Trump and Russia when they conducted their investigation and concluded that our President-elect had no links to the country,” said Scott Dworkin, Senior Advisor to the Democratic Coalition and author of the report. “It is imperative that the American people be made aware of this information.”

This hard evidence directly contradicts Trump’s prior statements about having no business ties to Russia over the summer.

Additionally, the evidence shows that Trump has traveled to Russia dating back to 1987, before the end of the Soviet Union.

In particular, a visit in 2010 included a tour of St. Petersburg’s Hermitage Museum led by a Russian government official of sufficient ranking, that he earned a personal photo and award from Vladimir Putin earlier this year.

The Democratic Coalition also revealed a 2013 video recorded interview with Donald Trump to MSNBC’s Thomas A. Roberts – which he has confirmed as authentic – where he claimed twice to have a relationship with Putin.

Also in 2012, Donald Trump Jr. told Latvian interviewers in that he had been to Russia many times and that the Trump Organization has a significant business presence there.

Russia’s authoritarian President Putin himself sent warm congratulations, after Tuesday night’s presidential election, which his government has already openly admitted to interfering in.

Since Tuesday night, Putin’s regime has publicly admitted to having a hand in the Wikileaks deluge of emails during the election.

Russian government officials told the New York Times that they had direct contact with Trump’s closest allies this week, after polls closed.

President-elect Trump is set to become the first pro-Russia occupant of the White House in American history.

“I’m surprised that – if not shocked – that the FBI claims to have found no “clear link” of Trump’s Russian ties when it’s right in front of us and stretches back decades,” said Dworkin about the federal agency’s investigation exclusively in a telephone interview, “You can learn more about Trump’s Russian ties from Google, than you can from the FBI’s public purported investigation.”