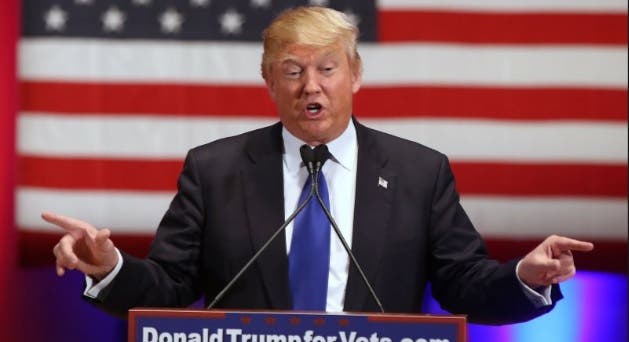 Today is Veteran’s Day, the hallowed celebration of our brave fighting men and women who risk their lives and limbs to defend the American people and to protect our nation’s interests abroad.

Which makes it even more painful to come to terms with the fact that we have just elected a man who has actively disrespected and cheated our veterans time and time again, exploiting them as useful political props and discarding them again when they’ve served their purpose.

Let’s take a look at how our President-elect really feels about our fighting men and women.

1) Donald Trump insulted Sen. John McCain (R-AZ) for “getting captured,” saying “He’s not a war hero. He’s a war hero because he was captured. I like people who weren’t captured.” Now, John McCain may have a deplorable record as a Senator, but his heroism and his service to his country cannot be denied.

John McCain’s bomber was shot down by a missile on October 26th, 1967. His right leg and both arms were broken by the force of the ejection and his subsequent crash, where he was taken prisoner by the North Vietnamese. He was later tortured and held in captivity for five years. He was offered an early release since he was the son of an admiral, and he refused to take it – for which he was tortured again. McCain sacrificed more for this country than Donald Trump ever could, and he still has the nerve to insult him for it.

2) Donald Trump once tweeted out that women in the military were responsible for their own sexual assaults. “What did these geniuses expect when they put men & women together?” said the now-President of the United States. Given his own lengthy record of sexual assault, it is unsurprising that Trump would think that all men are entitled to behave as he does – just “grab them by the pussy,” as Trump said on a hot mic.

In 2014, 20,300 service-people of all genders in the military were sexually assaulted (half were men) and countless others have gone unreported. Trump’s victim-blaming statements echoes the reprehensible way he’s gaslit and demonized his own sexual assault accusers, and is appalling to hear from our Commander-in-Chief.

3) Donald Trump said that only weak veterans get PTSD, saying “when people come back from war and combat and they see things that maybe a lot of the folks in the room have seen many times over and you’re strong and you can handle it, but a lot of people can’t handle it.”

As low as 11% and as high as 20% of our veterans suffer from post-traumatic stress disorder, which is an extremely serious mental affliction that can affect anyone exposed to trauma. Donald Trump, having never faced a situation he couldn’t buy his way out of, has no conception of what sacrifice or trauma truly is. A child of a golden spoon who’s had everything in his life handed to him, Trump’s disdain for the struggles of our veterans is disgusting.

4) Donald Trump has been sued by several veterans for violating federal law and refusing to give them back their previous jobs with in the for-profit “Trump University” scam. One Trump U administrator told Senior Master Sgt. Richard Wright of the 451st Expeditionary Group that “you have been here less than three months (deducting your time off for the Air Force Reserve). I find it insulting that you would make a request to be paid for time you did not work and/or personal time you did not earn.”

These war heroes came back from dodging IEDs and fighting terrorism in the Middle East only to be rudely dismissed. Trump was forced to quickly pay out settlements to the vets, but it just goes to show how little he respects them and their service.

5) Donald Trump, who dodged the Vietnam draft with imaginary medical conditions, said that having unprotected sex with models was his own “personal Vietnam.” 60,000 young Americans died while Trump was busy getting his rocks off.

6) In one of his most horrendous moments, Donald Trump and his surrogates attacked and besmirched the service and the family of Capt. Humayun Khan, who died heroically saving his unit from an insurgent car bomb in Baquabah, Iraq.

Trump has scammed thousands of people and run his businesses so poorly that tens of thousands have lost their livelihoods so that he could make himself rich.

He then went on to slander Khan’s wife, who did not speak at the Convention but told reporters she was overwhelmed with grief.

So if you voted for Donald Trump, I don’t want to hear one goddamn word of empty reverence for our veterans. This is the man you chose to be our Commander-in-Chief. Your vote was a tacit endorsement of all these things he’s said and done, and our fighting men and women deserve better than this.