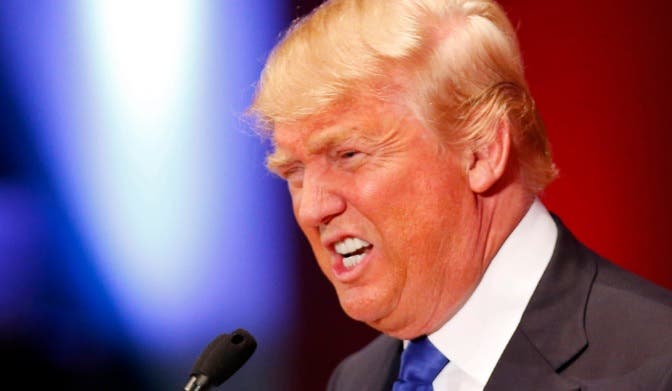 Michael Moore Just Made A Prediction That Should Terrify Trump Fans

There were scant few political “experts” who accurately predicted the outcome of the presidential election. Nearly all polls, models, and analysis showed Hillary Clinton cruising to a large victory over Donald Trump, but the world now knows how the election actually played out. One political historian and professor, however, had been sounding the alarm of Trump’s impending victory for months, to which few listened and now the professor has another prediction which may grant light to those who feel surrounded by darkness in knowing Trump will inhabit the Oval Office for at least four years — Trump’s likely impeachment.

Allan Jay Lichtman, professor of history at American University, cited his “Keys to the White House”, which is a 16 point model, to describe Trump’s rise. The good professor’s track record of predictions is one of the all-time best. He accurately predicted every presidential victory for over 30 years. During a recent interview Lichtman made another bold prediction, one where Trump will be impeached by his own party. Lichtman said:

I’m going to make another prediction. This one is not based on a system; it’s just my gut. They don’t want Trump as president, because they can’t control him. He’s unpredictable. They’d love to have Pence — an absolutely down-the-line, conservative, controllable Republican. And I’m quite certain Trump will give someone grounds for impeachment, either by doing something that endangers national security or because it helps his pocketbook.

For Lichtman’s prediction to be correct, and for Trump to be forced out of office, it would fly in the face of the entirety of American history. A sitting U.S. president has never found themselves actually removed from office, although the concept has been flirted with twice. Presidents Andrew Johnson and Bill Clinton were both impeached by congress, but both were also acquitted of all charges after facing a senatorial trial. Given that American history was made numerous times during the presidential election, with the first ever female leading a major party’s ticket and a failed businessman being elected with no political experience anything is possible and no scenarios should be discounted no matter how slim their likelihood.