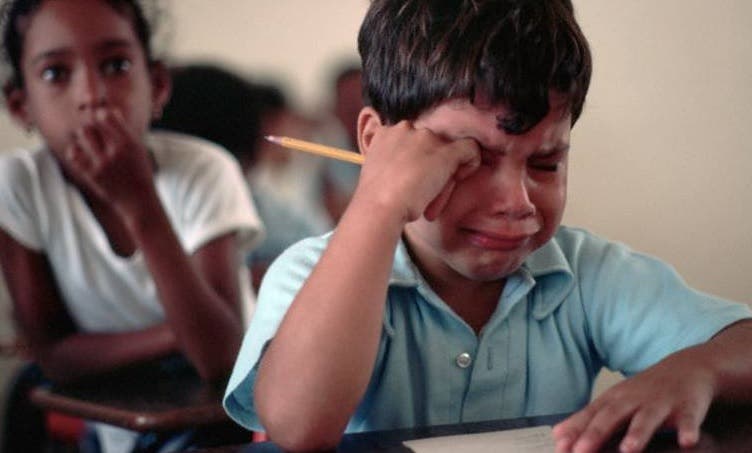 McConnell Just Admitted He Made Up Obama’s “War On Coal”

The rise of Donald Trump’s shocking victory brings along with it the rabid supporters of Trump who supported him because they believe in Trump’s rhetoric of division and hatred. An example of this disgusting behavior, unfortunately, became public record after a Los Angeles teacher mocked students that their parents would be deported when Trump takes the oath of office.

The disgusting scene played out at Bret Harte Middle School and a student used a cell phone to capture a substitute teacher berating an 11-year-old student. The teacher said:

If you were born here, then your parents got to go. Then they will leave you behind, and you will be in foster care.

Classy, no? The teacher then went farther over the line they already crossed by frightening the young student, telling them they knew where the student lived while implying they would give the information to Trump’s administration:

The student’s mother, Jennifer Reynaga, was outraged. She said during an interview with the local media, “I would think the kids would do it, but I never thought a teacher would do it.” Both of the student’s parents confronted the school administration with the evidence, and the substitute teacher was reportedly fired. However, beyond that the school has no comment on the altercation citing an ongoing internal investigation.

Trump’s rise to the White House, and the language he used to achieve that feat, will continue to have serious consequences and reverberations for the American people. The lunatics who supported Trump view his victory as their opportunity to behave despicably and out in the open, without fear of repercussion. Stories such as this will not be an anomaly, but the new normal as the poison of Trump continues to penetrate modern society.

Watch the original news report below: