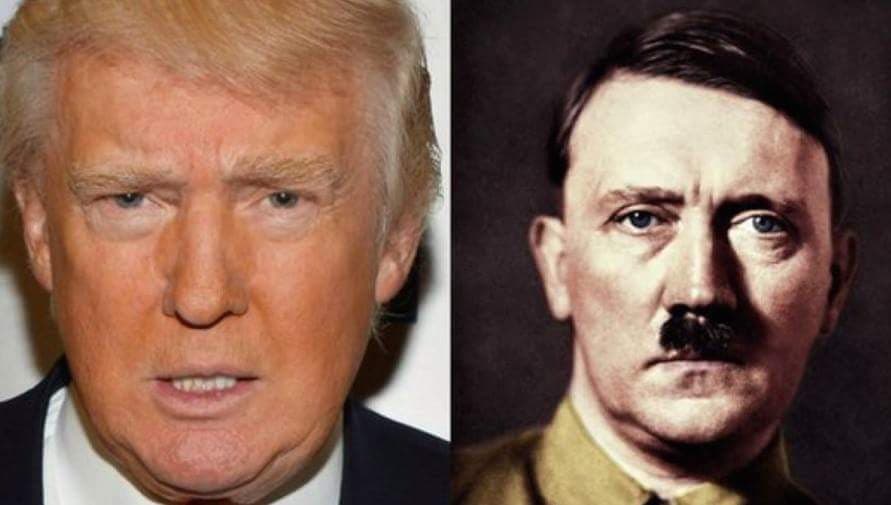 If one wishes to capture a glimpse of the hostility towards unfavorable information which will be ever present once President-elect Trump is inaugurated, they merely need to look to Mountain View Highschool in Mountain View, California where a history teacher has been suspended for teaching students about the parallels between the rise of Trump and German dictator Adolf Hitler.

Frank Navarro, a 40-year teaching veteran, was suspended from his job after parents of his students complained he was teaching “one-sided” history which was disrespectful to Trump. As it happens Navarro has won numerous awards for his research on the Holocaust. When asked about the dubious scenario Navarro said:

This feels like we’re trying to squash free speech. Everything I talk about is factually based. They can go and check it out. It’s not propaganda or bias if it’s based on hard facts. I said (to Mountain View officials), ‘I’m not pulling these facts out of my hat. It’s based on experience and work and if I’m wrong, show we where I’m wrong.’ And there was silence.

Silence is often the sound one can expect when confronting Trump supporters to defend their positions with facts rather than baseless emotional argument.

The superintendent in charge of Mountain View Highschool, Jeff Harding, said Navarro’s suspension is officially until November 16, but that he may be able to return to his passion of educating young minds on Monday morning. Harding went on say, “We are interested in getting Frank back in the classroom. We’re just trying to maintain our due diligence. We have a heightened emotional environment right now with the election. It’s always a challenge to maintain a line in a classroom.”

What is this line Harding speaks of? Facts and history are not to be placed in dispute. Documentation exists for a reason. There is a disturbing similarity of Trump’s populist rise and the rise of Hitler. Both demonized a minority group to explain away the ills of a nation with Hitler using Jewish people, while Trump used Muslims, blacks, and Hispanics as his main faux-enemies.

Mr. Navarro has no plans to back down. Hey says doing so would be a disservice to his students, and himself:

I’ve had Mexican kids come and say, ‘Hey, Mr. Navarro, I might be deported.’ Is it better to see bigotry and say nothing? That’s what the principal was telling me (during our conversation). In my silence, I would be substantiating the bigotry.

If Navarro’s account is accurate’, and his boss did indeed tell him to stay silent in the face of bigotry being perpetuated upon his students, then it is quite clear who should have been suspended and that individual’s name is not Frank Navarro.