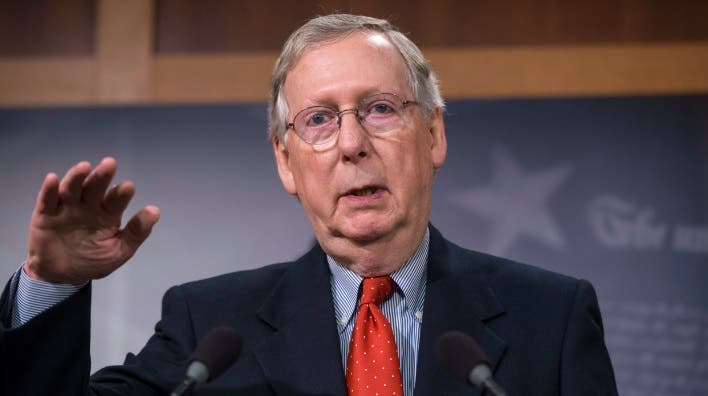 After President-elect Trump, Senate Majority leader Mitch McConnell (R-KY) is the most powerful and influential elected Republican in the nation. One of McConnell’s biggest lies, amid a litany of others, is President Barack Obama’s environmental policies have been costing his constituents in Kentucky jobs in the coal industry. After Trump won the election, McConnell turned an about face and began to reverse his position, in a display of shameless political hypocrisy.

McConnell stated on the Senate floor in 2013 that, “over 5,000 Kentuckians who have lost their jobs in the war on coal, two of the casualties from the president’s war on coal.” McConnell repeated this lie, in various forms, through his entire 2014 reelection campaign and used the propaganda to win himself a sixth a term, which made him the longest-serving senator in Kentucky’s history.

Now that Trump has secured the presidency McConnell has begun to walk back his rhetoric to be more favorable for himself and Trump’s administration. During a rally in May Trump said, “If I win we’re going to bring those miners back.” Trump also promised, “These ridiculous rules and regulations that make it impossible for you to compete, so we’re going to take that all off the table folks.”

This sounds fabulous for coal workers, but none of it is true and both Trump and McConnell know their rhetoric has been nothing but lies. Making his first appearance since Trump’s shocking victory, McConnell said at the University of Louisville:

We are going to be presenting to the new president a variety of options that could end this assault. Whether that immediately brings business back is hard to tell because it’s a private sector activity.

It’s hard to tell? McConnell promised jobs would return and flourish, and now he knows he cannot make good. McConnell’s tricky position comes from his own shock that Trump won, as he almost certainly believed Hillary Clinton was going to be the next president. Now that the political reality has set in, McConnell is now attempting to match his rhetoric with actual political action and he knows he is holding an empty sack.

Now watch McConnell’s back peddling at the University of Louisville: