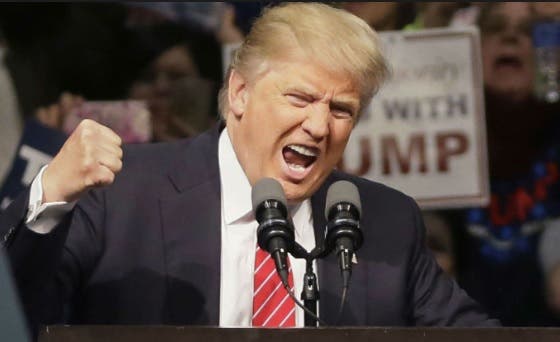 A Senator Just Filed A Bill To Abolish The Electoral College

A male Donald Trump supporter physically assaulted a forty-nine year old woman eating dinner with her friend after he heard them express their displeasure with the electoral college victory of Republican Donald Trump.

Jonas Leon, the manager at Brooklyn’s Bar Tabac bistro, recounts how the man overheard the two women discussing the election results, got angry, and asked Leon to have them removed from the restaurant. Leon instead moved the man to another table, where he finished his meal, paid and left.

A minute later, the Trump fan burst into the building, shoved a baby out of the way, ran up to the woman, and punched her in the face. “The guy came back almost running, and he started pushing some customer and the high-chair next to him with the baby because he couldn’t reach the girl. Then he punched the girl.”

The assailant then ran out of the restaurant again, yelling “You don’t know who I am!”

Unfortunately, we still do not know who he was. The punching victim did not go to the hospital for treatment but did file a report with the police.

It is absolutely horrifying how many politically-motivated attacks on blacks, Latinos, Muslims, and woman are being recorded around the nation in the wake of Trump’s victory. More than 300 different harassment or physical attacks have been recorded in the wake of the election, far more than in the days after the 9/11 terrorist attacks.