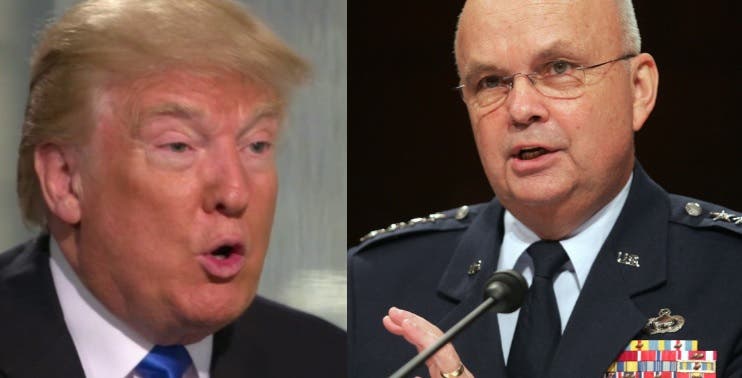 Arkansas School Board Official Under Fire For Racist Photos

During the presidential election, then-Republican nominee Donald Trump bragged about how many former generals supported his candidacy, but the generals he cited were almost all of the lowest rank. One of America’s most decorated officers, however, 4-star General Michael Hayden, issued an ominous statement as to what the nation may be like once Trump assumes power from President Barack Obama.

While a guest on HBO’s “Real Time with Bill Maher” Hayden, who is the former director of both the CIA and NSA, said:

I would be incredibly concerned if a President Trump governed in a way that was consistent with the language candidate Trump expressed during the campaign.

Hayden was referring to Trump’s campaign promise to bring torture back to America’s toolbox when dealing with America’s enemies. During a Republican primary debate, Trump said, “I would bring back waterboarding and I’d bring back a hell of a lot worse than waterboarding,” a statement he repeated multiple times throughout his campaign.

Hayden said if Trump were to follow through with his edict, military personnel would be duty bound to disobey orders from their Commander and Chief:

If he were to order that, once in government, the American armed forces would refuse to act. You are required to not follow an unlawful order. That would be in violation of all the international laws of armed conflict.

Bill Maher then observed jokingly, “You’ve given us a great reason to not support Trump. There would be a coup in this country.”

Trump has proved himself to be an individual who is ruthless, vindictive, and willing to go to extreme lengths to accomplish his nefarious goals and his inclination towards authoritarianism cannot be taken lightly. The American republic is truly headed for dark times.

Watch the segment with General Hayden: