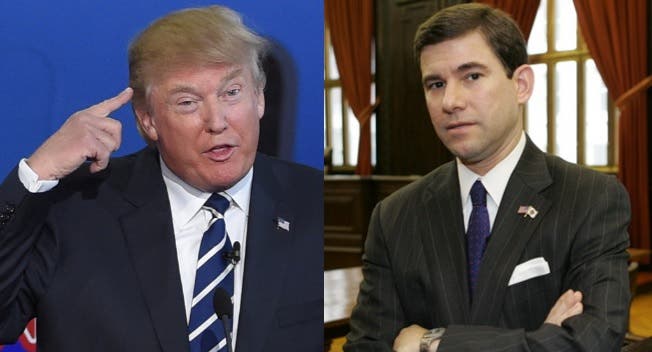 Trump Fans Attacked A Columnist For Hoping Trump Fails. His Response Is Perfect

One of the most important decisions that President-elect Donald Trump will make is the appointment of a Supreme Court Justice if the Senate continues their unconstitutional obstructionism and President Obama is unable to get his nominee, Merrick Garland, confirmed before he leaves office.

If that happens, Trump is looking to appoint an anti-choice, anti-LGBT extremist to replace now deceased extremist Antonin Scalia. The transition team is apparently considering Judge William H Pryor Jr of the 11th Circuit, who is one of the most aggressive anti-gay judges in the country.

He most famously upheld a 2003 Texas law that criminalizes gay sex, putting it on the same level as “polygamy, incest, pedophilia, prostitution, and adultery,” saying that:

“this Court has never recognized a fundamental right to engage in sexual activity outside of monogamous heterosexual marriage, let alone to engage in homosexual sodomy. Such a right would be antithetical to the ‘traditional relation of the family’ that is ‘as old and as fundamental as our entire civilization.”

He also blocked a Florida law that would have allowed same-sex couples to adopt children, which shows how truly devoted to “family values” he really is.

Actually, if Judge Pryor was familiar with history, he would know that marriage, gender roles, and sexual attitudes have existed in many different forms through human civilization beyond the puritanical Christian interpretation that Republicans are trying to impose on this country and that history did not begin when fundamentalist Christians arrived in America.

What is a fundamental right is the right of human beings to engage in consensual relationships as they see fit, and what occurs behind closed doors in those relationships is certainly not the business of Judge Pryor, the Republican Party, or American society at large.

For all their devotion to “small government” and protecting “freedoms,” the Republican Party and their conservative base are obsessed with policing people’s lives and personal relationships and with controlling women’s bodies.

It should be noted that Judge Pryor may have posed in a gay nude magazine as a youth (NSFW). While we of course do not pass judgment on the decisions that individuals make in their life and believe that sex work is just as valid an occupation as any else, if this is true, Pryor’s later actions in life would reveal him to be an outrageous hypocrite.

But given that the most homophobic men are often overcompensating for their own repressed homosexuality and given how hypocrisy runs through the Republican Party like blood through a vein, it wouldn’t be too surprising to learn that it is Pryor in the photos.

What is clear is that LGBT rights and a women’s right to choose are in clear and present danger in this country.