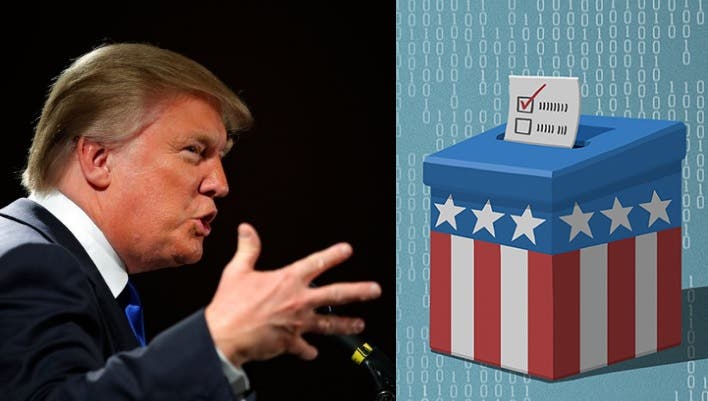 Trump Said Elton John Is Playing At His Inauguration. Elton’s Response Is Perfect

New York Magazine is reporting that a group of computer scientists and election lawyers are privately urging Hillary Clinton to challenge the vote in certain swing states, citing statistical irregularities in the vote. The non-partisan Center for Investigative Reporting rates computer scientist Alex Halderman – the report’s source – as highly credible.

Voting-rights attorney John Bonifaz and J. Alex Halderman, the director of the University of Michigan Center for Computer Security and Society, believes they’ve found persuasive evidence that results in Wisconsin, Michigan, and Pennsylvania may have been manipulated or hacked.

Last Thursday, the activists held a conference call with Clinton campaign chairman John Podesta and campaign general counsel Marc Elias to make their case, according to a source briefed on the call. The academics presented findings showing that in Wisconsin, Clinton received 7 percent fewer votes in counties that relied on electronic-voting machines compared with counties that used optical scanners and paper ballots. Based on this statistical analysis, Clinton may have been denied as many as 30,000 votes; she lost Wisconsin by 27,000. While it’s important to note the group has not found proof of hacking or manipulation, they are arguing to the campaign that the suspicious pattern merits an independent review

The Clinton campaign didn’t comment on the story, and deadlines to file challenges are looming from this Friday through next Wednesday. Unfortunately, their request would require not only a traditional recount, but a forensic examination of the voting machines, making it a long shot request.

Meanwhile, the USA Today reports in their story “The presidential election of 2016 is over and done. Or is it?” that Hillary Clinton’s massive lead in the popular vote continues to expand beyond 1.5 million votes. Votes will continue to be counted as late as December 13th in some states, in order to be certified by the December 19th electoral college vote which will decide America’s presidency directly, which will happen in our 50 state capitols.

The sister of Clinton’s top aide is circulating a call flood, asking the Justice Department to audit the vote and call 202-353-1555.