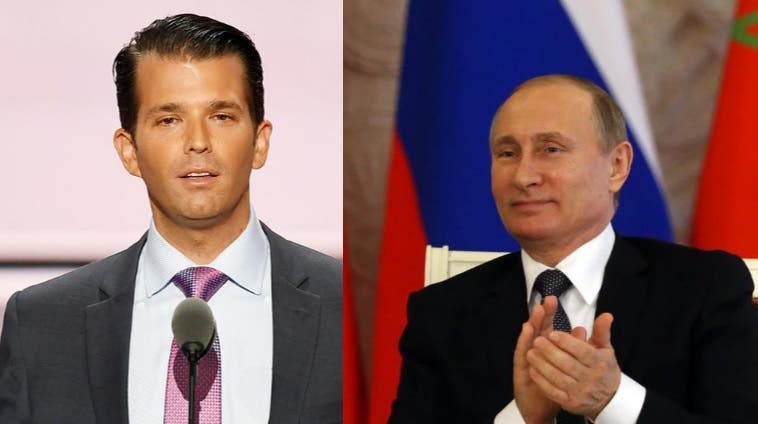 It has become clear President-elect Trump plans to allow his family members a large role in his administration. It was recently uncovered that Trump’s oldest son, Donald Trump Jr., took part in a secret round of discussions with politicians and diplomats in Paris in relation to the war in Syria. While troubling that Trump is allowing his family members to meddle in international affairs, it was also borderline illegal.

The event was hosted by the Center of Political and Foreign Affairs and its founder Fabien Baussart and his wife Randa Kassis were in attendance. Kassis is a long-standing leader of the Syrian opposition, but she believes in a peaceful political transition. Kassis said of Donald Trump Jr, “I think he’s very pragmatic and is flexible.”

Around thirty people attended the secret talks in Paris in October which focused on finding middle ground with the Russian government to bring a halt to the civil war in Syria, where Russia has backed the Syrian government’s genocidal war against its own citizens for several years. That the enormously unqualified Donald Trump Jr was able to attend the event speaks volumes to the cozy ties the Trump family has to the Russian government, of which President-elect Trump had vehemently denied during the presidential campaign. This is in spite of the fact that President-elect Trump’s credit is so poor in America that he was forced to seek funding outside of the country, and has received financing from numerous Russia creditors.

Donald Trump Jr.’s appearance at the secret meeting is a signal of a sharp turn in American foreign policy. The Obama administration walked away from peace talks with Russia after Russia helped the Syrian government to slaughter thousands of innocent civilians in Aleppo, Syria’s largest city. Just recently as last week Syrian president Bashar al-Assad said he believes Donald Trump is a “natural ally”, in a rebuke of President Obama and a celebration of his belief that Trump will turn a blind eye as he ruthlessly butchers innocents.

Regardless of the changes in foreign policy President-elect Trump seeks to follow his son should never have been in a position to participate. 5 U.S. Code § 3110 – Employment of relatives; restrictions clearly says a holder of public office may not appoint a relative to any office:

The only saving grace for President-elect Trump is that he had not yet won the presidency when the meeting took place, and therefore the law theoretically did not yet apply to him. As he has not yet assumed the Oval Office, the law still does not apply to him. However, to avoid the appearance of impropriety President-elect Trump should be doing whatever he can to assuage the anxiety of the public that he will not exploit the powers of the presidency for his own nefarious ends. That Trump is not taking this step means he is going to follow through with his Nixonian belief that “The president can’t break the law.” which he recently said in a closed-door meeting at The New York Times.