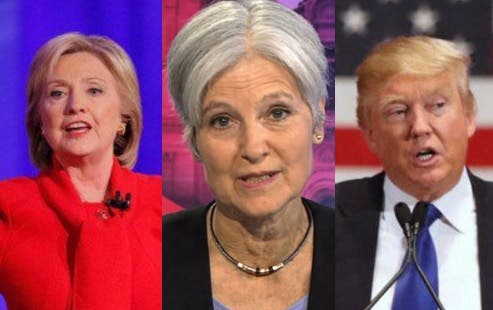 “The Commission is preparing to move forward with a statewide recount of votes for President of the United States, as requested by these candidates,” said Wisconsin Elections Commission Administrator Michael Haas. “We have assembled an internal team to direct the recount, we have been in close consultation with our county clerk partners, and have arranged for legal representation by the Wisconsin Department of Justice,” Haas said. “We plan to hold a teleconference meeting for county clerks next week and anticipate the recount will begin late in the week after the Stein campaign has paid the recount fee, which which we are still calculating.”

Jill Stein began her fundraising campaign the afternoon before Thanksgiving and in just over two days has raised nearly $5.4 million dollars to pay for the estimated $6-7 million dollar total costs of recounting swing states Wisconsin, Michigan and Pennsylvania. The first deadline to file was in Wisconsin today, and all votes must be certified in all states by December 13th according to the ‘Safe Harbor’ federal election law.

The recount is expected to cost more than $1 million, and the last time a statewide recount happened in Wisconsin, it involved almost half the number of votes and took a month. Stein is requesting a hand recount, which may further complicate the enormous task of reviewing so many ballots.

For perspective on the unlikely nature this unfolding recount event, the Green Party’s presidential candidate only raised $3,509,000 during the entire general election campaign. Clearly, she’s struck a chord with American voters advocating zealously for a double-check of voting tallies, which she says is, “not to favor any one candidate,” but because citizens need surety in the final results.

The Clinton campaign has made no public statements about the recount, which it declined to pursue.

Voting tally discrepancies have been noted in three Wisconsin counties, who supplied some really bogus answers as to why they reported more votes in the presidential race than total votes cast.

Additionally, a professor in Florida who specializes in American elections tweeted what appears to be a massive discrepancy of 8% in votes reported versus votes recorded by Sauk County, based upon their own publicly available documents.

The vote totals with arrows should all be the same (h/t @techman01). One hopes this is resolved in certification https://t.co/VI6d0Am3Qh pic.twitter.com/aKvxhBNPCO

It’s a shame that it takes millions of dollars raised by private parties to obtain election surety in the United States of America, a place where we take such overt pride in our democracy.

Our government should have a regular audit program in place for all elections, to sample the votes and make sure that nothing is amiss in the way that we choose public servants from local alderman all the way to President of these United States.