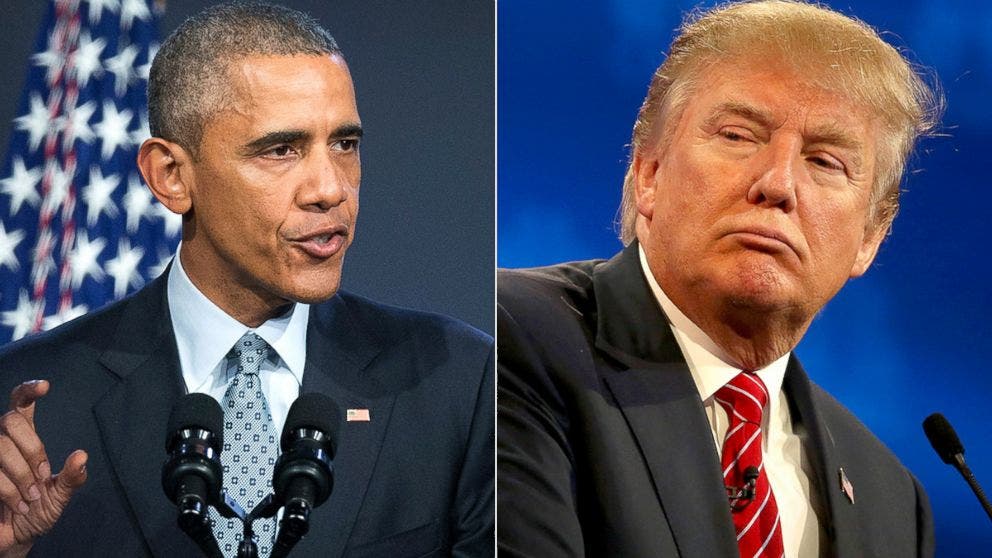 Trump Fans To California Muslims: “Trump’s Gonna Do To You What Hitler Did To The Jews”

These lawyers believe that if Trump does not sell his companies and place the proceeds in a blind trust which he does not have access during his time in the Oval Office that the electoral college is duty bound not to vote for him.

This does not necessarily mean that the electoral college would vote for Democratic presidential nominee Hillary Clinton, but it would prevent Trump from taking power.

The Chief Ethics Counsels for both President George W. Bush, Richard Painter, and President Barack Obama, Norman Eisen, respectively, have laid out in an email to ThinkProgress a compelling legal argument. Eisen says, in reference to the Emoluments Clause of the Constitution, “The founders did not want any foreign payments to the president. Period.”

The Emoluments Clause, of which the American people have become all too familiar with thanks to Trump’s dastardly business practices with foreign businesses, states:

No Title of Nobility shall be granted by the United States: And no Person holding any Office of Profit or Trust under them, shall, without the Consent of the Congress, accept of any present, Emolument, Office, or Title, of any kind whatever, from any King, Prince, or foreign State.

It is certainly safe to assume that America’s favorite demagogue will not be granted a title anytime in the future, but one never knows depending on which dignitaries are attempting to gain the President-elect’s favor. Eisen says Trump’s businesses are intertwined with a variety of unsavory and constitutionally breaching interests which are, “receiving a stream of such payments.”

He went on to say, “The notion that his (Trump’s) solicitation of those payments, and the foreign governments making of those payments, is unrelated to his office is laughable.” Painter has a different, and more pointed view of Trump’s predicament, “I don’t think the electoral college can vote for someone to become president if he’s going to be in violation of the Constitution on day one and hasn’t assured us he’s not in violation.”

Interestingly the President-elect is under no obligation to “assure” the electors, but it may go a long way to assuage the fears and anxieties of the public. Many states have criminalized electors who do not vote down their party line, which plays into Trump’s favor.

Harvard Law professor Larry Tribe agrees and told ThinkProgress that Trump’s practices as they presently stand if continued in the manner which he has, would be in violation of the constitution:

Trump would be knowingly breaking his oath of exclusive fealty (under Art. II, Sec.1) to a Constitution whose very first Article (Art. I, Sec. 9) — an Article deliberately designed to prevent any U.S. official,especially the Chief Executive, from being indebted to, or otherwise the recipient of financial remuneration from, any foreign power or entity answerable to such a power — he would be violating as he repeated the words recited by the Chief Justice.

Professor Tribe went on to conclude that Trump would be guilty of “high crimes and misdemeanors” and should be “removed from office” if his unscrupulous behavior continues.

The opinions of these legal giants are well taken, and their views will hopefully carry a strong weight with the electoral college. However, in the end, they are only opinions and not binding to Trump in any way. It may well happen that if and when Trump is elected by the electoral college, barring an unforeseen historical event, that his presidency will be legally challenged based upon the constitution’s Emoluments Clause. Millions of Americans would be rather pleased to see that event transpire.

h/t to Judd Legum of ThinkProgress