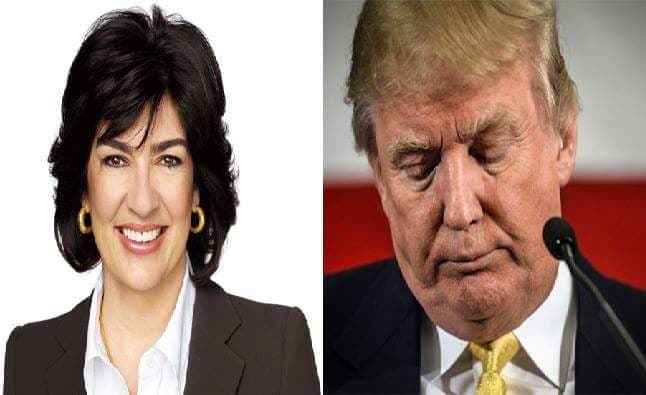 Freedom of the press in the United States will find itself victim of a vicious assault under the regime of the soon to be 45th President of the United States, Donald Trump. The president-elect has shown himself to be an individual who will stop at nothing to curtail those who speak out against him, lashing out against the mildest of criticisms and is utterly incapable of letting the pettiest slight past without a response.

CNN’s chief international correspondent Christiane Amanpour, who recently received the Burton Benjamin Memorial Award from the Committee to Protect Journalists, recognizes this personality defect in Trump and issued an ominous warning during her acceptance speech.

Speaking before a packed audience, Amanpour described her feelings about the danagers journalists will now face under a Trump regime:

I never thought in a million years that I’d be standing up here, after all the times I’ve participated in this ceremony, appealing, really, for the freedom and safety of American journalists at home.

While the First Amendment to the constitution guarantees press freedoms, the United States of America is ranked 41st in press freedom, according to Reporters Without Borders, around the world under President Barack Obama. The Czech Republic, Estonia, and Latvia all have greater press freedoms. Knowing this, as Amanpour surely does, the freedoms of the press will become even more restricted under Trump. She continued:

I was chilled when [Trump’s] first tweet after the election was about professional protesters incited by the media. First the media is accused of inciting, then sympathizing, then associating. And then suddenly they find themselves accused of being full-fledged terrorists and subversives. And then they end up in handcuffs, in cages, in kangaroo courts, in prisons, and then who knows what.

Early in his campaign, back in February, Trump idly mused about putting journalists in prison and said he would be interested in looking at ways to prevent the press from telling hard truths. Trump said, “I love free press. I think it’s great. We ought to open up the libel laws, and I’m going to do that.”

The threat by Trump implies that he wants the ability to sue journalists for bringing up facts which he does not want the public to know, and he will use his deep pockets to silence any criticism or coverage which does not show him in a glowing light. Amanpour recognizes the threat and defiantly said it is the duty of all journalists to recommit themselves to reporting regardless of the threats or repercussions made by their story’s subject:

It’s time to recommit to robust, fact-based reporting, without fear or without favor, on the issues. Don’t stand for being labeled or called ‘lying,’ or ‘crooked,’ or ‘failing.’ I learned a long, long time ago…never to equate victim and aggressor. Never to create a false moral or factual equivalence…So I believe in being truthful, not neutral. And I believe we must stop banalizing the truth. We have to be prepared to fight especially hard right now for the truth.

Amanpour is not alone in her analysis of what American freedom will look like with Trump as president. The Committee to Protect Journalists issued a statement in October which said Trump is, “An unprecedented threat.” Thomas Burr, the president of the National Press Club, said, “We find this renewed pattern of journalist intimidation to be unacceptable and dangerous to our democracy.”

The fight for American democracy, freedom, and dignity for all people has only just begun and will continue as long as Donald Trump stays in power. The time is now for all individuals to recognize this grievous impending battle and to put on their war paint, because it will get much worse before it gets better.

Watch all of Amanpour’s speech below: