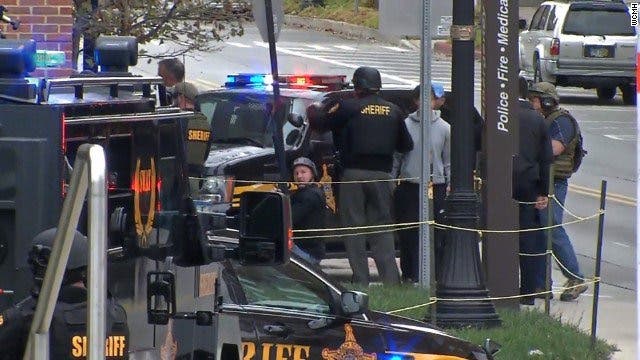 Trump Said “Illegals” Cost Him The Popular Vote. This Republican’s Response Is Perfect

Eight people have been rushed to the hospital at Ohio State University after an unknown attacker, possibly of Somali origin, attempted to run people over with a vehicle and then began to attack people with a machete.

NBC reports that two of the victims are in stable condition; the status of the rest are unknown but reportedly have “non-life-threatening” wounds.

Unconfirmed reports from Twitter indicate a SWAT team and a bomb squad have been dispatched and are conducting a sweep of the campus. One suspect is confirmed dead but there may be more. The lockdown has been lifted and two suspects are in custody.

UPDATE 1/2 : Shelter in Place lifted. Scene is now secure. ALL classes are canceled on Columbus campus for the remainder of the day.