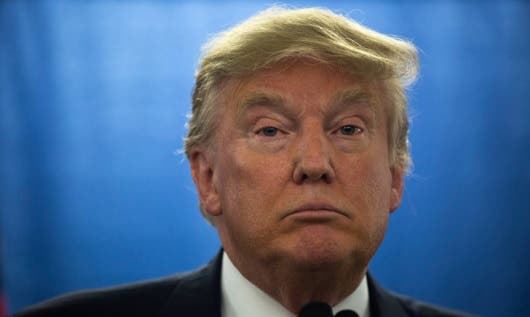 In Viral Post, Texas Man Explains Why He Went To Local Mosque To Defend Muslims From Attacks

A Democratic Senator is introducing legislation to force Donald Trump to sell off his global businesses before attempting to assume the office of President of the United States. Sen. Ben Cardin (D-MD) seeks to formally define the amorphously named “emoluments clause” which prevents all foreign payments to the president, according to ethics lawyers of both parties.

“The founding fathers were clear in their belief that any federal office holder of the United States,” said Senator Cardin, “must never be put in a position where they can be monetarily or otherwise influenced by a foreign governmental actor.” Politico reports that the Senator’s announcement of the resolution says:

“Will note that in the absence of such actions by the President-elect before he assumes office or specific authorization by Congress, Congress will regard dealings by Trump-owned companies with any entity owned by a foreign government as potential violations of the Constitution. This resolution is intended to prevent a crisis or any misunderstanding regarding the consistency of the President’s actions with the U.S. Constitution. In the two months before President-elect Trump’s inauguration, he should provide the American people with clarity and certainty that he will in no way, shape, or form use the office of the President to advance his substantial personal fortune.”

Meanwhile, House Democrats are asking the system of Inspectors General implemented by the Obama Administration to look into Trump’s potential conflicts of interest with Deutsche Bank who has been his primary lender for some time. Deutsche Bank was a big player in issuing the toxic securities that wiped out trillions of dollars in real estate equity and America’s job market under President Bush. The German bank has been negotiating a cash settlement with the US Justice Department worth over $5 billion dollars as a fine for its complicity in the 2008 financial crash.

House Democrats fear is that Trump could soften Deutsche Bank’s financial penalties, which would help his relationship with the bank, but not the American taxpayers who were used and abused. If Deutsche Bank were pardoned by Trump, who owes them a considerable amount of money – some of which he used to finance his Republican primary run – taxpayers could lose billions. He could also choose to offer the German bank a bailout package that not even their home country’s government wants to deliver.

If Donald Trump gets inaugurated as America’s President the only thing standing in the way of him and his Republican friends turning our national government into a kleptocracy, is the oversight of Congress as not only a co-equal branch of government but as an independent body.

Senator Cardin’s sensible resolution will draw a clear line for any president to follow when it comes to eliminating foreign influence from our country’s top elected office.

2016.11.22 Letter From House Democrats Re; Conflicts of Interest by Grant Stern on Scribd